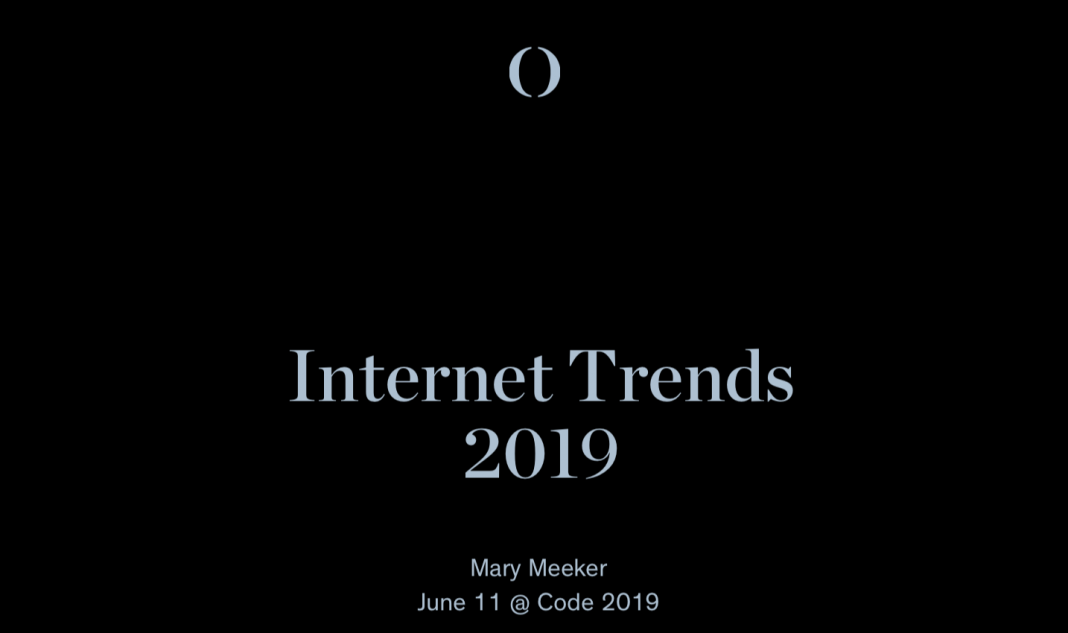 The yearly “most highly anticipated slide deck of the year” is out again. It’s Mary Meeker’s 2019 Internet Trends Report.

Meeker first crafted a report of this kind, which underlines the most important statistics and technology trends on the internet, in 1995. And she’s been doing it yearly ever since.

The report provides a look at where we collectively stand in technology, advertising, consumer behavior and society. It covers the range of all things digital, from the growth of encryption to the internet connectivity of the human race.

It also looks forward about what these trends tell us to expect in the year ahead.

The report is 333 pages long and it covers a whole lot. Below you will find a table of contents (to see if there’s something you need to see in more detail) and some interesting highlights (if you want to know just the most important/interesting stuff).

The link to the full report is at the end of this article. 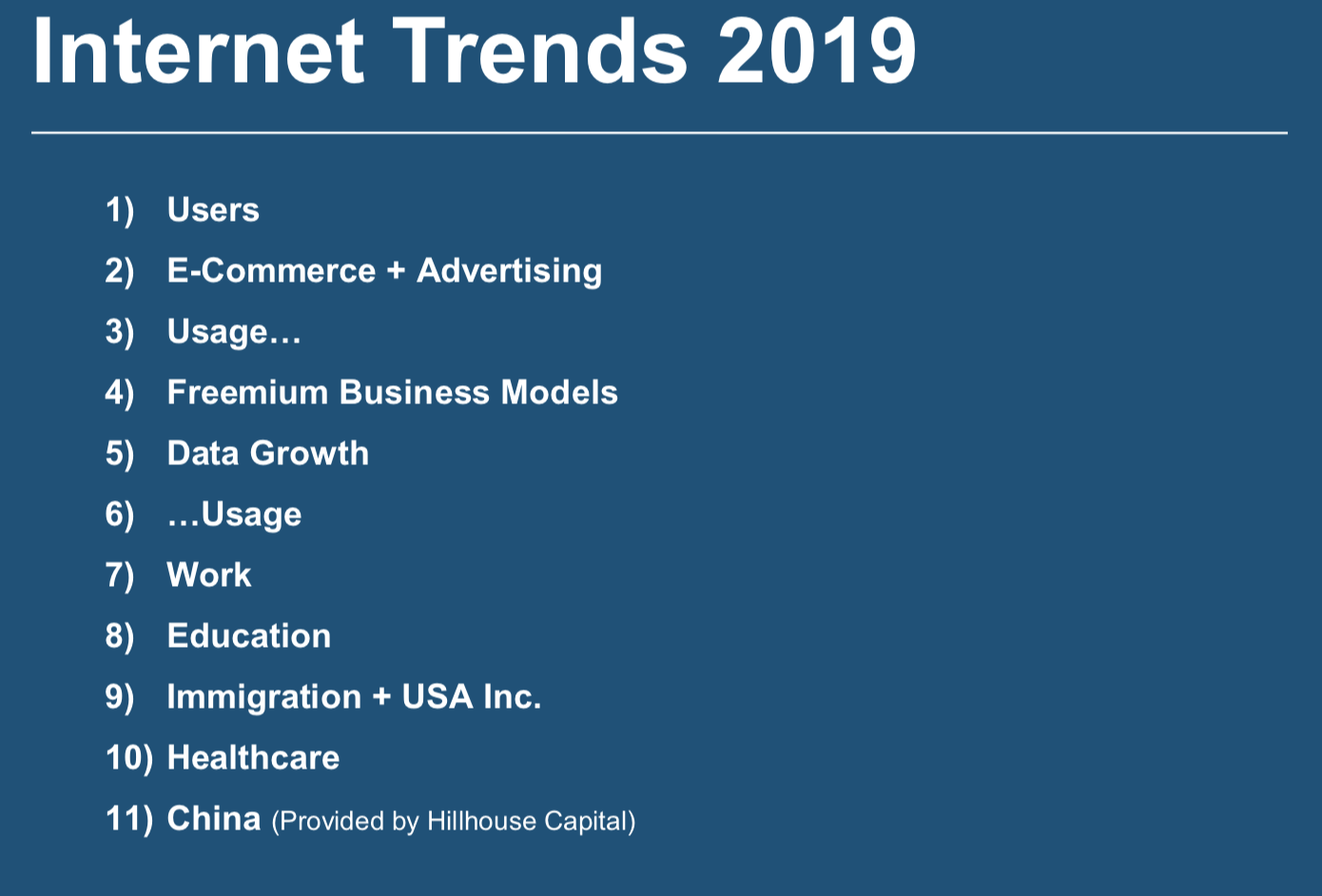 Whatever your niche online, there’s something valuable for you in this report. It could be the big picture of where the market is currently at, where it is going, the numbers, the predictions, the whole firehose of data.

If you want to know what is going on in the online world (and it’s increasingly becoming the world), you need to go through at least part of this report.