“I know my users, I wouldn’t be in this business if I didn’t.”

It’s easy for business owners to “know their users” and base their decisions on that knowledge. And that would make sense, wouldn’t it? After all, they’ve built this business, they’ve sold to their customers for 20+ years. They know what they’re doing.

And that’s exactly the problem. Their knowledge.

From Wikipedia: The curse of knowledge is a cognitive bias that occurs when an individual, communicating with other individuals, unknowingly assumes that the others have the background to understand.

A great illustration of the concept was presented in a study in 1990. A young student in psychology created a simple game in which she divided the participants of the experiment into two groups. 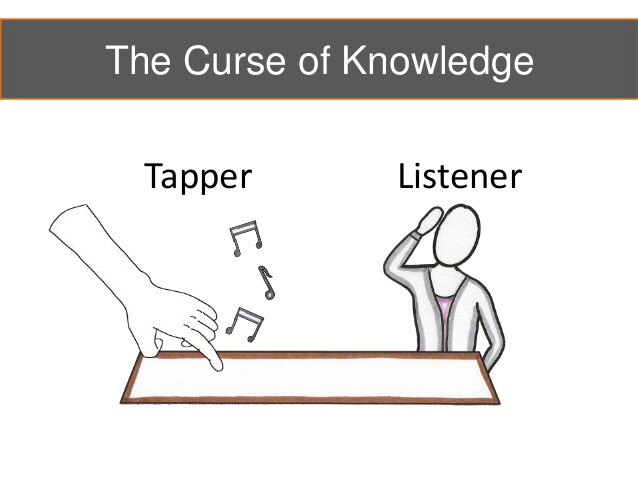 Members of the first group were asked to choose a well-known song, such as ‘Happy Birthday’ and were told to rhythmically tap the song on a table. Having tapped the rhythm, they had to estimate how often the listeners from the second group would be able to guess the title of a given song.

Members of the second group were asked to sit at the same table with the members of the first group and listen to the tapped songs. Their task was to figure out the title.

The tappers from the first group were 50% certain that the second group would be able to identify the song they had had in mind while tapping.

In reality, study results were completely different from their estimations. 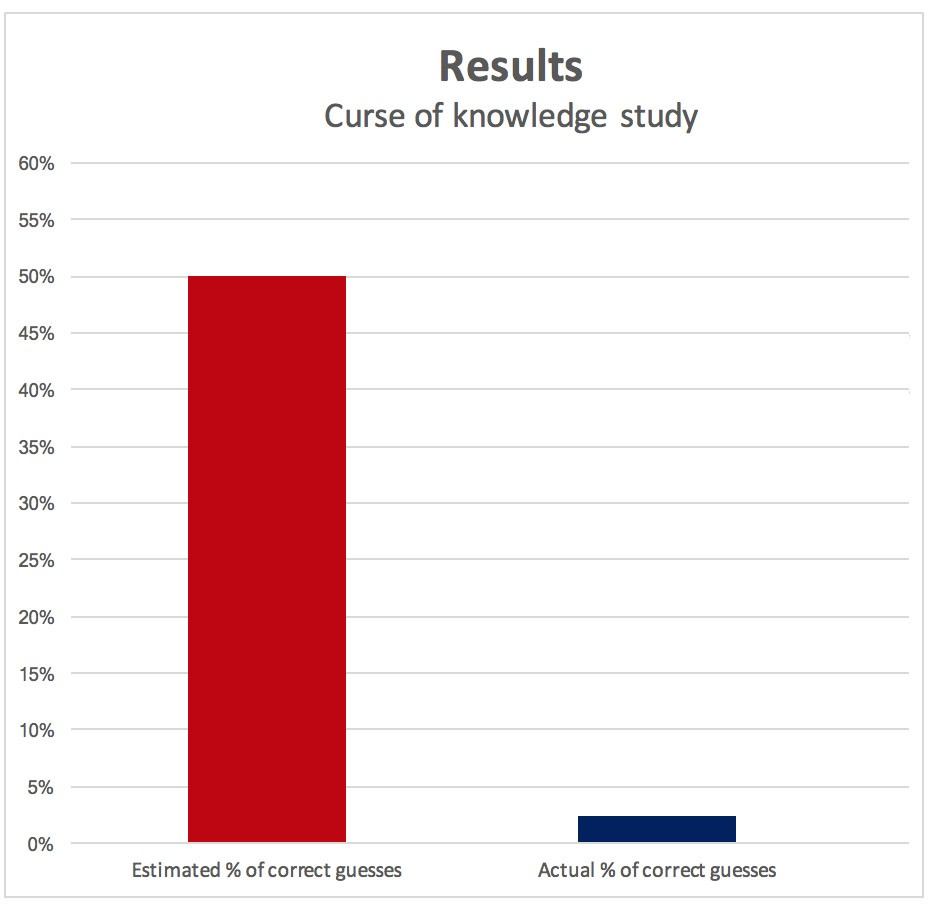 Only 2.5% of the guesses done by the listeners from the second B group were correct. In other words, the listeners were able to figure out the song every forty cases, and not in every second case, as the tappers had believed.

The tappers were astonished that the listeners weren’t able to guess even the most-known songs. The listeners heard only an erratic tapping.

Knowledge was a curse.

When you know, and especially when you know for a long time, it’s very hard to remember or imagine a situation when you didn’t know.

What you show and explain to your potential customers is very often from the position of knowledge, even if you think you’re explaining everything very simply and in detail.

In reality, a big part of the message is outside of your customers’ knowledge. Some of it, you may even not know yourself. 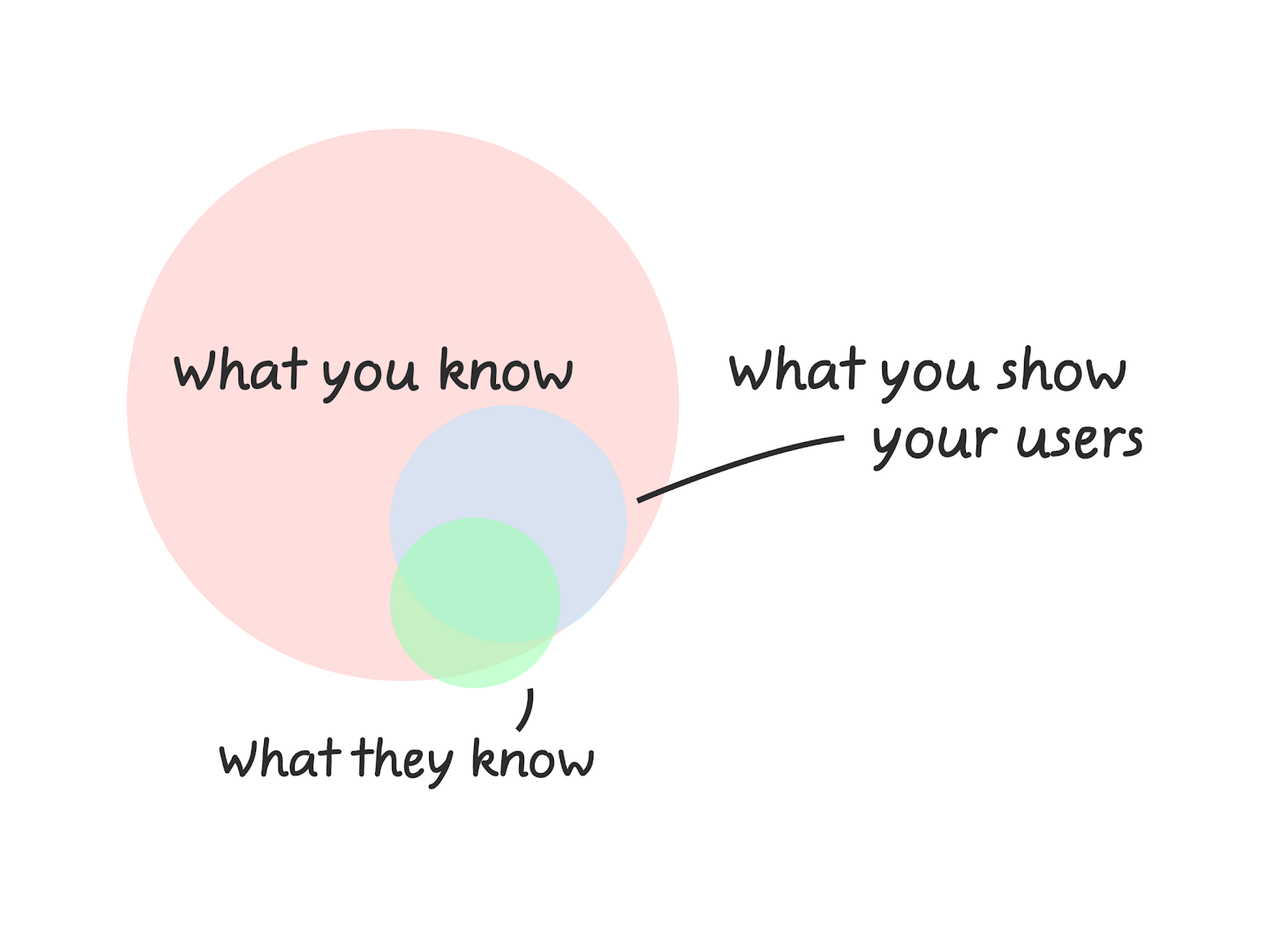 How to deal with it?

There’s never too much of it. Nor can you do it too often.

Don’t replace all this with assumptions. 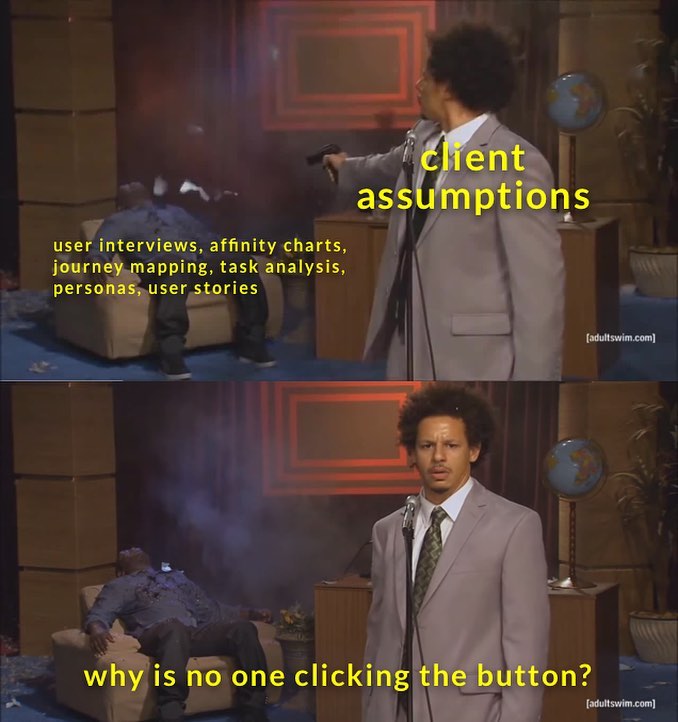 You probably know all this. At least I hope you do.

You also probably don’t do what’s on the list. Maybe you do one or two things.

Do you also wonder how exactly you should be doing it? All the user testing, heatmap analyzing, analytics assessment, and the rest of the list?

All the articles mention that you have to do it, list the tools, and maybe show a few screenshots and give the outcome. “This resulted in the test ideas that, when implemented, brought +20% in conversion rate.” But there’s nothing in the middle. How to uncover this idea.

I’ll show you exactly how

Because of this empty middle, I’ve decided to create a series of articles to show, step by step, how to perform each of these crucial research steps. Not just which tools to use, but also how to use them. What to look for. How to interpret the results. How to translate the results into test ideas and then into increased revenue.

All this, on real data, real business.

Stay tuned for the series.

How to avoid the curse of knowledge