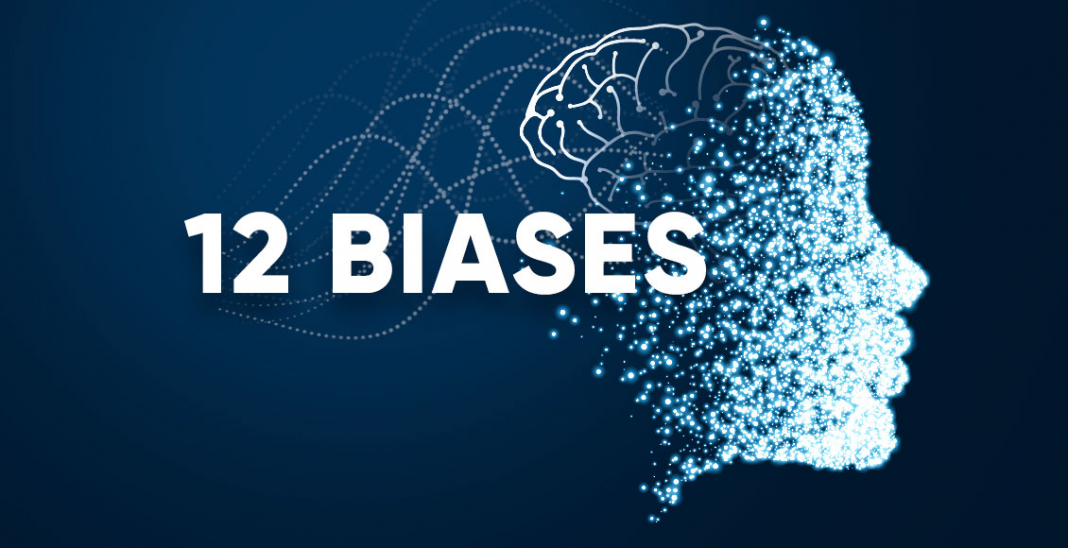 Cognitive biases are defined as “mistakes of reasoning” when people put more value on their preconceptions, past experiences and environmental or social factors than on reality. Scientists have identified dozens of cognitive biases.

Understand the most important cognitive biases and use them to the campaign’s benefit: influence behavior by adjusting marketing campaigns to the people. Marketing experts begin the process by answering a few strategic questions, such as:

This is a self-reinforcing process in which a collective belief gains more and more plausibility through its increasing repetition in public discourse (or “repeat something long enough and it will become true”).

One of the most common examples is the iteration of news until it is implanted in people’s minds. News is usually reported as new information and especially unfortunate events have the tendency to be exaggerated to the public, often distorting the reality of facts.

This refers to human understanding once it has adopted an opinion (either as being the received opinion or as being agreeable to itself), it draws all other things to support and agree with it.

Some of the most common factors that influence this cognitive bias are likely to involve group-thinking, together with a great pressure to conform, a desire to be right and a need to be included.

The best examples that fit this bias include fashion, music, social networks, diets and elections. Wearing the same type of clothes or listening to the same music as some other people do is quite common. This also applies when adopting the same diet or using the same social network as everyone does. As for elections, people tend to vote for the candidate they believe is most likely to win.

This represents people’s tendency to search for, interpret or recall information in a way that confirms their beliefs or hypotheses.

This is a natural disposition of humans, quite difficult to combat. However, the more people are aware of and accept the confirmation bias, the higher the possibility to be curious about opposing views and becoming more objective.

4. Fear of missing out

FOMO is a common concern that others might be having rewarding experiences from which one is absent. This social anxiety is characterized by “a desire to stay continually connected.”

The perfect example, in this case, is social media. Being connected most of the time with everything and everyone on multiple social platforms, people have begun to develop irrational distress if they are not up to date with every piece of information available. Even after disconnecting, the desire to connect once more is striking.

This refers to people’s tendency to follow and copy what most of them are doing. They are largely influenced by emotion and instinct, rather than by their own independent analysis.

There are countless examples that imply this cognitive bias, especially in situations where consumerism is at its peak. To mention a well-known case, the Black Friday frenzy comes to mind. A study once concluded that the experience of shopping can be amplified when there is a large crowd around an individual, turning an otherwise bad experience into a pleasant one.

As an example, brands use this cognitive bias to appear affordable and increase the perceived value of their products and services. They use techniques such as displaying the original price together with the discount, offering a suggestion that may be perceived as a popular choice, mentioning the most expensive item first, such as a subscription plan, or offering a lower price per unit if someone buys a product in bulk.

People draw different conclusions from the same information depending on how that information is presented.

In other words, people perceive the possible choice outcomes as gains and losses. On one hand, they tend to be more cautious when making a decision between two options presented as gains when the options are framed positively. On the other hand, when the same options are presented in a negative frame, people have the tendency to perceive them as a loss, thus perceiving the possibility of higher risk.

The industries in which this bias is most perceptible and this type of experiment works best include fashion, travel, furniture, sports apparel, electronics, cosmetics and books.

People remember incomplete or interrupted tasks better than completed tasks. In other words, a desire to complete a task can cause a person to remember it until it has been completed, because its full execution leads to forgetting it altogether.

LinkedIn is a good example of using this cognitive bias to persuade its users to complete their profiles. Netflix also implies the same bias, by creating shows that end with a cliffhanger, convincing the viewer to watch the next episode (or “binge-watch”).

This is the tendency to attribute greater accuracy to the opinion of an authority figure (unrelated to the content) and be more influenced by that opinion.

In advertising, this cognitive bias is common. Celebrity-endorsed commercials are very well received by consumers. However, with time, knowledge, and practice, this bias can be overcome to make an unbiased assessment.

This represents the disutility of giving up an object, which is greater than the utility associated with acquiring it (“save 20% if you buy now” has higher chances to convert than “get 20%”).

First mentioned in the economics field, this can be explained as people tending to fear a loss twice as much as they are likely to welcome an equivalent gain. In marketing, this bias is recognized from phrases such as “Limited-time offer!” “Everything must go!” “This opportunity disappears at midnight!” “Don’t miss out!” “Last chance to buy!”

In reciprocation tendency, people want to return the favor when someone helps them or give them a small favor.

From a marketing perspective, this bias can be perceived in certain situations, such as: offering something for free at the beginning, assuring the well-being of customers, offering great customer service post-purchase, creating a memorable brand and offer experience, and building long-lasting customer relationships.

A great example is Spotify and its offer of a 30-day free trial for their Premium membership, which can be canceled at any time with no additional cost. This makes it difficult for people to stop the payment when the free trial ends, especially with its low cost.

This is the tendency for people to have a stronger preference for more immediate payoffs relative to later payoffs.

This cognitive bias is more often recognized in the concept “buy now – pay later”. As an example, EA Access creates for gamers the possibility of joining a program where the biggest results are available only later. However, gamers are likely to convert because they get immediate access to the vault.

When you understand what you want people to do and how they might think (rationally, or most probably irrationally), you can use that thinking to get people closer to the action you want them to take. Depending on the situation, use one of the cognitive biases above and, step by step, lead them through their irrationality minefield.

PS. What’s interesting, people are affected by their biases even if they know about them and know how they work, and even if they say that they’re not affected.