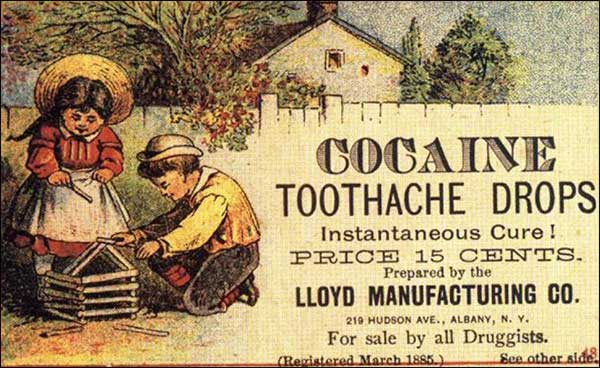 At first glance, vintage/antique advertising was massively different from modern ads, even modern print ads. But the core elements haven’t changed all that much… but there’s been a big shift in the core messaging of modern ads.

Let’s ignore the actual product in the ad below for a second (because CLEARLY the times have changed with what we can sell, FDA regulations and all that…) and just look at the marketing elements.

It’s hand-drawn, contains a lot of information that wouldn’t matter as much to modern buyers, and just feels old.

But when you break it down, you can see that there are core ad elements that are present in a modern ad equivalent as well.

The Historical Ad vs the Modern Ad 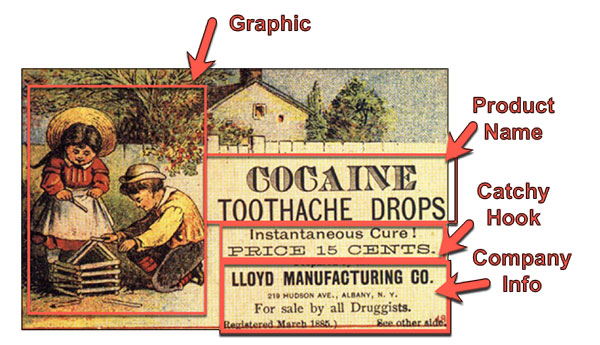 You’ve got your graphic or image, your product name, your catchy hook, and then the company info. And when you compare it to a modern ad along the same lines… 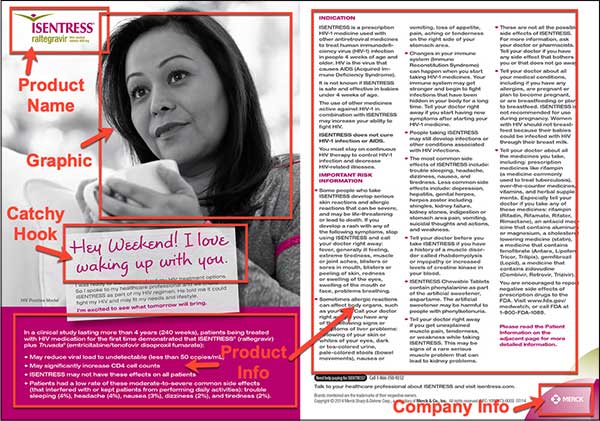 Perhaps pharmaceutical ads may not be the best example. After all, it’s those same regulations preventing the sale of cocaine as a toothache cure that require the triple-column, tiny-font, full page of disclaimers.

So let’s look at a car ad instead.

Here is an old ad: 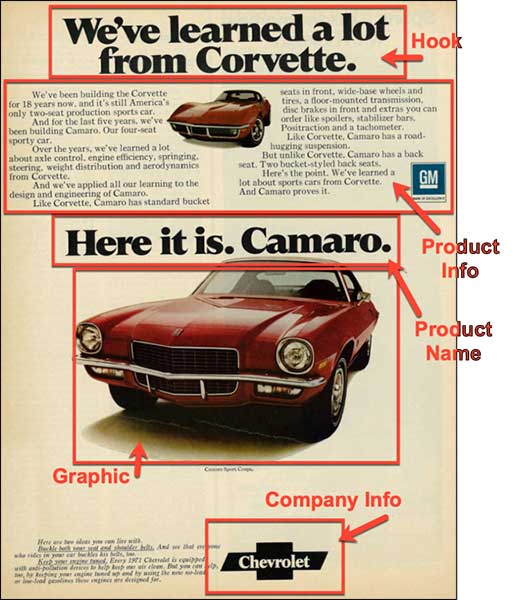 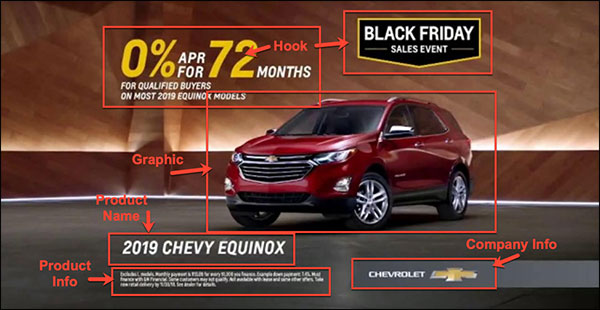 In this case, there is way LESS copy, and way MORE of a hook (really, 2 hooks). But there are still those same base elements.

Modern ads are, in many ways, the same as historical ads .

Here’s the thing. The core tenants of an ad may not have changed. But the messaging sure has. And the marketing tactics behind them sure have.

We no longer live in an era where you can buy a single ad placement in a magazine to make all your sales for the month.

Marketing has become a world of campaigns, massive audiences, and tiny differences in copy across 5 ads for the same thing.

Companies have to work harder for fewer sales.

You may still need to have all those same marketing elements in your ads, but you also have to find a way to set yourself apart from the half-a-dozen (or more) companies selling the same thing as you.

One of the biggest shifts we’ve seen in the evolution of marketing world has been the idea of “selling the why, not the what.”

Selling the Why, NOT the What

The idea behind selling the “why” is that there has to be something more than just your product on the line, and your company has to stand for something bigger.

Across almost every industry, businesses big and small are creating movements or standing for causes outside the scope of their own product/service.

Not only does this set them apart within their respective industries, but it keeps up with an increasingly engaged customer base.

The Evolution of Marketing Gasoline:

Shell Energy has taken it upon itself to change its advertising strategy in order to set itself apart.

When you look at an old Shell ad, you have an ad that details the benefits of their product. In this case, motor oil. 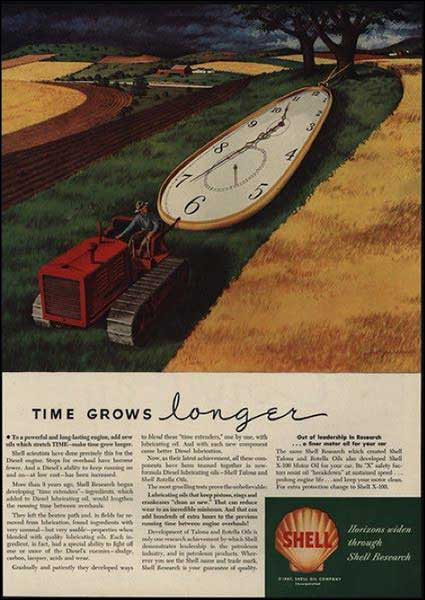 They go into why Shell oil is different and will “stretch time” for your engine. Which clearly did enough back then to make sales.

But counter it with a recent ad for Shell energy that barely mentions a product for sale, and you can see how their marketing has changed. 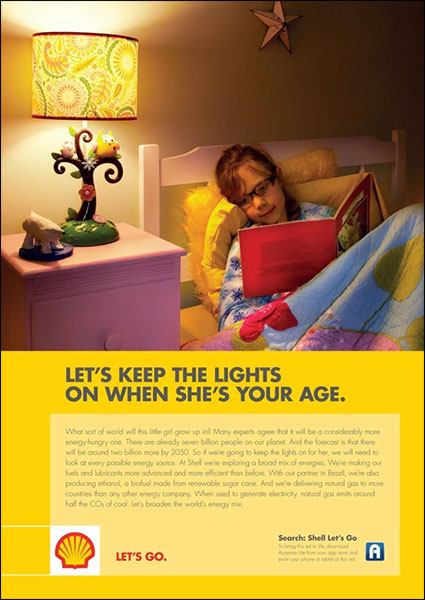 Even though the elements and visual breakdown of this ad are nearly identical to the old ad, the messaging is vastly different.

Shell is trying to evolve their marketing beyond the energy they sell and join the environmental movement for energy conservation. Their “why” for choosing Shell over another energy company is that Shell is “more environmentally conscious.”

Again, they have taken their ad beyond the scope of their product and are marketing a cause.

Now, whether their messaging was received well (it wasn’t) is a completely different issue. But there is a distinct effort to sell the why.

But not every company is going to have a cause as “big” as environmental conservation. The last example shows an ad that found a smaller-scale “cause” to fit with their company’s audience.

The Evolution of Marketing Cameras:

The focus of this last historical ad is again, the product. Specifically, the price and ease of use. 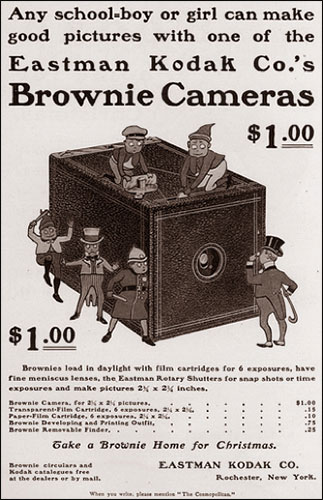 For context, the Brownie Camera in the ad was one of the first cameras marketed to the masses and paved the way for more widespread photography. So it makes sense that price and ease of use would be the focus.

But now everyone has a camera in their pocket, and actual cameras, particularly nice ones, are getting more and more expensive. So camera companies are having to get more creative with their marketing to convince their audience.

That is part of what makes the Nikon ad below so interesting. They are focusing on documenting your passion rather than using their camera. 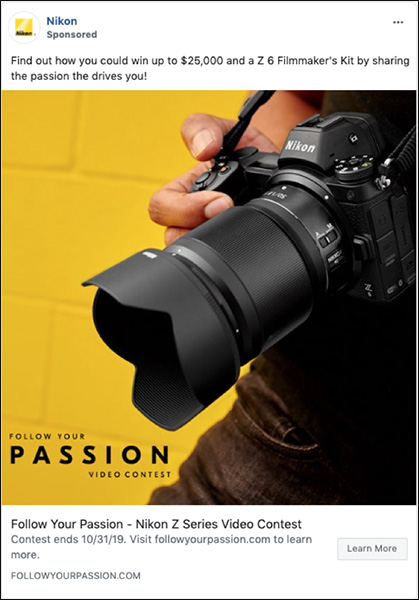 By broadening the scope of their ad, not only do they give their audience a reason to buy/use their camera, but they build loyalty within their customer base.

You may have just dropped $3,000 on the camera, but you get to showcase your passion and possibly win some great prizes. There is nothing about the specs of the camera in the ad, or even on the landing page, despite it being the central product at stake.

And “Follow Your Passion” is a why that is way more scaled down from the other two examples, but it has just as much impact.

The messaging IS the marketing.

Even if most of our ads today are digital instead of hand drawn, and even if digital marketing has usurped print marketing, your average ad still looks a lot like those historic ads selling morally questionable products.

So much is different, but ultimately, a lot is the same.

So if you want to keep up with the evolution of marketing, you should probably take a page out of the cause-based marketing book and think about your “why” before you try to sell your “what.”

The Evolution of Marketing: How Modern Ads Compare to Historical Ads

PS. Historically, most of the time it was enough to let people know that the product existed. Now, all the products of the world are a few clicks away. You need much more than existence. You need emotions.