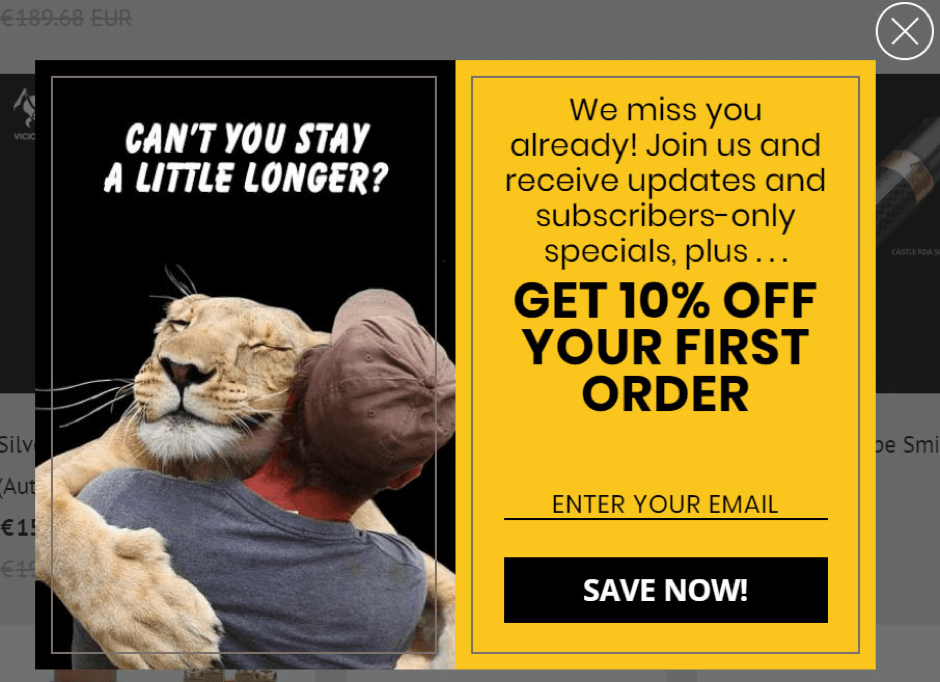 Exit-intent popups get a lot of hate.

People say they’re annoying and useless, and fail to re-engage visitors who decide to leave the site.

But that’s simply untrue. Exit-intent popups are powerful and they work!

Organic Aromas had about 250 signups per month. A couple of basic signup forms were already in place, but the conversions were pretty low, averaging at around 3%.

In about 15 minutes their conversions were boosted by 150% and the subscription rate grew to 660 new signups per month.

Among a few other techniques, the exit-intent popup stood out the most.

Here’s an example of a high-converting exit-intent popup: 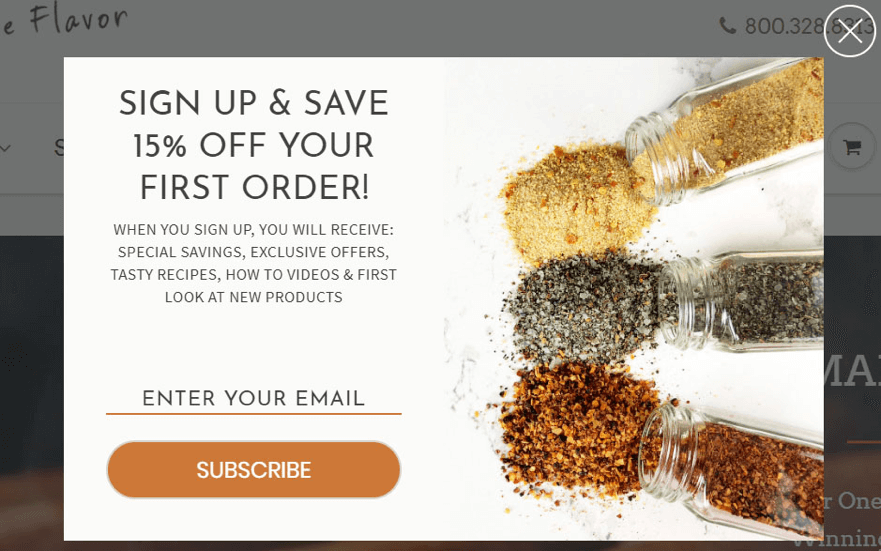 Organic Aromas set up a cycle of weekly experiments to see what type of popup would have the biggest impact on their conversion rate.

Over the course of this experiment, they tried the following:

Typically considered one of the most annoying popups, the immediate popup shows up on the visitor’s screen immediately after they land on the page.

You would expect this popup to fail miserably, but that just wasn’t the case with Organic Aromas.

In the week it was in effect, the immediate popup generated 135 new signups and achieved a significantly higher average conversion rate of 7.4% (their baseline was 3%).

A solid, albeit slightly unexpected success.

The delayed popup was set up to only show up after three clicks – once a visitor lands on the website and clicks on three different sections, we show them the signup popup.

The more engaged your user, the higher the conversion and subscription rates.

Overall, it yielded excellent results. While the signups were lower than generated with the immediate popup, the ultimate conversion rate blossomed – 14.1% of new subscribers ended up buying something that week.

The passive signup box is an always-visible widget at the bottom of the page. It has a two-step process. The visitor needs to click on the widget first to call out the popup and then enter their email to subscribe.

The results were somewhat not overwhelming – less than 1% of visitors signed up.

This popup generated the best results for Organic Aromas.

The exit-intent popup offers a great balance between passive and visible, which is typically the reason why it consistently outperforms other types of popups.

Seeing as it only shows up when the user is about to leave the page, the exit-intent popup maximizes the huge potential of the right timing, as well as matching the user’s behavior.

However, to keep the existing customer on the site, you will need to do more than just grab their attention.

You will need to pique their interest. This can be done using the combination of killer copy, a tempting offer and compelling imagery.

The proven formula for a high-converting exit-intent popup:

This formula not only helped Organic Aromas generate 660 new subscribers in one month (that’s a 150% increase), but it also boosted the order conversion rate to a fantastic 19.03%!

In other words, almost 20% of new subscribers ended up making a purchase only because of the popup, which is more than 6 times better than their previous conversion rates.

No matter what, exit-intent popups are a truly powerful tool in your arsenal. Not only will they help you increase new signups, they will also push your store’s profit margins way up!

The key takeaway to remember is that a high-converting exit-intent popup consists of the following elements: the right timing, a great visual, actionable copy and a compelling offer.

With a strong exit-intent popup on the site, you don’t just have a chance to boost your signups by 150%, you can also achieve a whopping 20% increase in order rates.

PS. Pop-ups are like TV ads. Everyone hates them but they still work, and work well. Channel this hate for your own advantage.