Interested to see how successful companies got their very first users, from scratch? 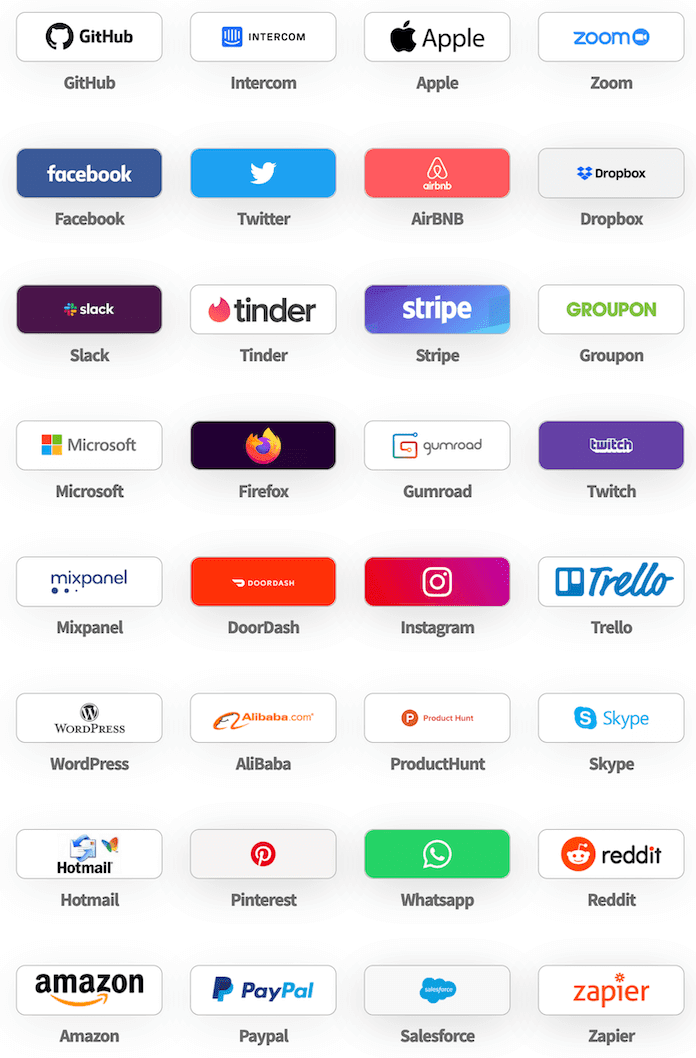 Many billion and million-dollar companies did not start out with huge budgets, they often bootstrapped to get their first users.

For each of the 30+ companies above, there’s a short description on how they got their first users.

Intercom’s founder Des realized the importance of being able to communicate with your users early on.

The very early users for Intercom came from Des reaching out to potential users by email. He would send 100 cold emails to potential users, look at how well those emails worked and what kind of replies he’d get, and turn that knowledge into better emails the next day.

He sent every single one of those 100 daily emails by hand to understand their potential customers.

After the initial success through this outreach campaign, Des hosted webinars explaining Intercom with the main goal of getting every attendee to sign up for Intercom. He would stay up until 6am San Francisco time to host webinars for people in Australia, New Zealand and Asia to reach his potential users at the right time.

Zapier allows people with no knowledge about APIs, to connect APIs from their most used tools in order to automate important tasks and save time.

Though Zapier is mostly automated today, most of the work was done manually by Wade Foster, Zapier’s CEO.

Many online products had their own support forums on which users would ask for integrations with other tools. As most companies would add these integrations to their roadmap for 6 months from now, Wade was able to hop on a quick call with its early users to configure the integration instantly.

He would reply to these forum posts explaining that his team was currently working on an integration and added a link to a landing page. Although the pages would only get around 10-15 visits, around 50% would sign up.

These forum replies and landing pages also helped in getting traction from the companies they would integrate into their software, which resulted in the first companies signing up to officially launch a Zapier integration.

Tinder entered the market to try and engage college students in online dating. So they started thinking about what a dating marketplace needs: supply and demand. And usually, the best way for a lot of people to sign up is to make sure you have enough women on the platform.

One of the co-founders of Tinder decided to attend the meetings of different chapters of their sorority and get the women to install Tinder during the meetings.

Having this early supply, it was rather easy to go to the fraternities around the area and show them that several women had already signed up.

A lot of people attending university are in a fraternity or sorority, but there’s something else a lot of college students do: partying. And, according to the founders, the best way to find these college students was by throwing college parties.

The parties had no entry fee, all you had to do was show the Tinder app on your smartphone and you were free to enter the party.

This launch strategy is similar to that of Facebook’s. Once they got initial users to sign up for Tinder through a single college party, they realized they could extend this method by going to other campuses and throw parties there as well. This quickly spread the word of Tinder and attracted early users.

You can find all the stories here:

How successful companies got their first users