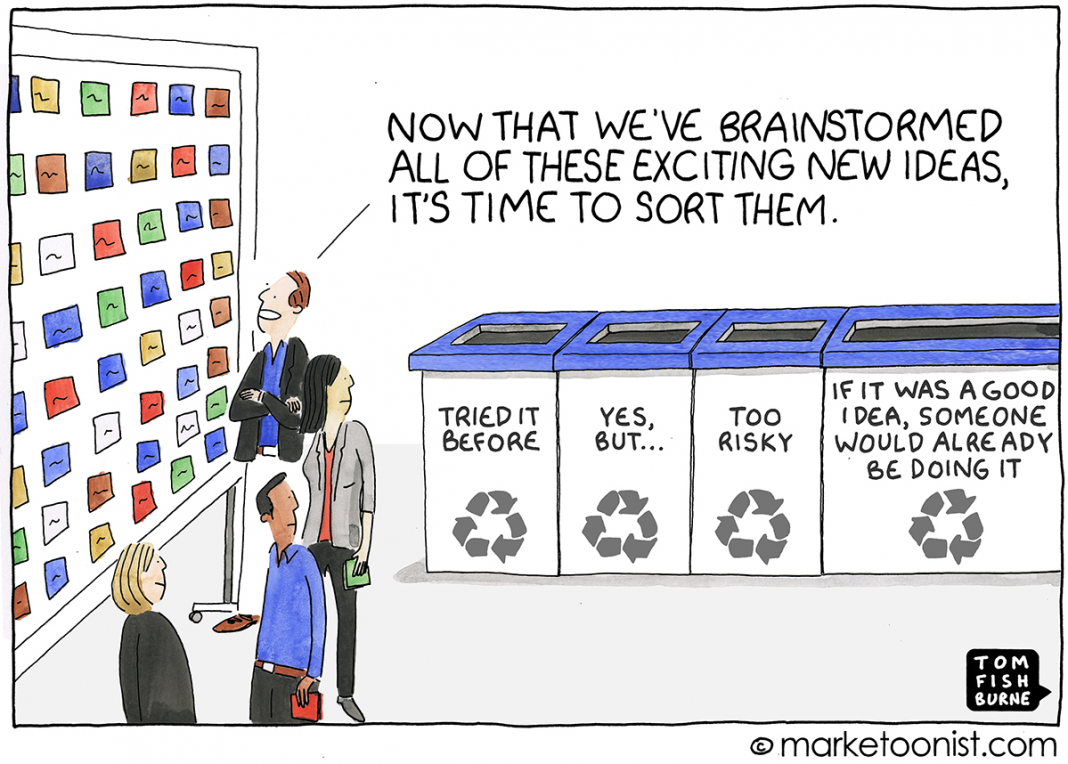 In most companies, improvement (and conversion optimization as a part of it) isn’t constrained by a lack of ideas, but rather by not acting on them, or even not recognizing them. 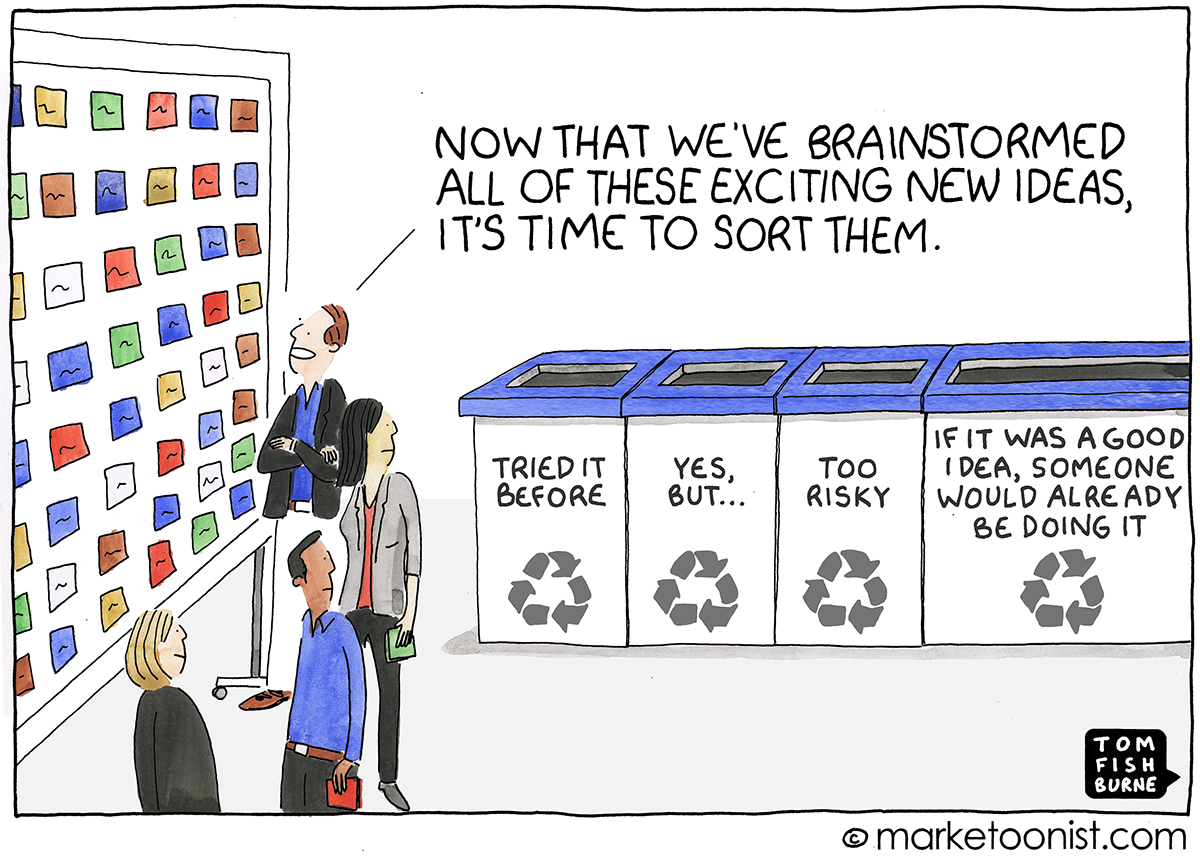 When a new idea for improvement comes along, the default mode is to find a reason to not do it. Resistance to change is a natural brain’s reaction.

I would add a few more:

Isn’t the whole idea of improvement to do things differently than they are done now?

You would think that companies who specifically want to improve would understand that. Often times, you would be wrong. I have seen many businesses who want improvement but, ideally, if it would be achieved without changing things too much, or at all.

Changing the color of the buttons vs. Reworking the whole funnel

Moving elements on the page and keeping all of them vs. Removing half the elements and adding a few that were not there

Saying the same thing but in different words vs. Changing all the copy on homepage

Safe and tried vs. Testing edgy and risky

So if you want improvement: