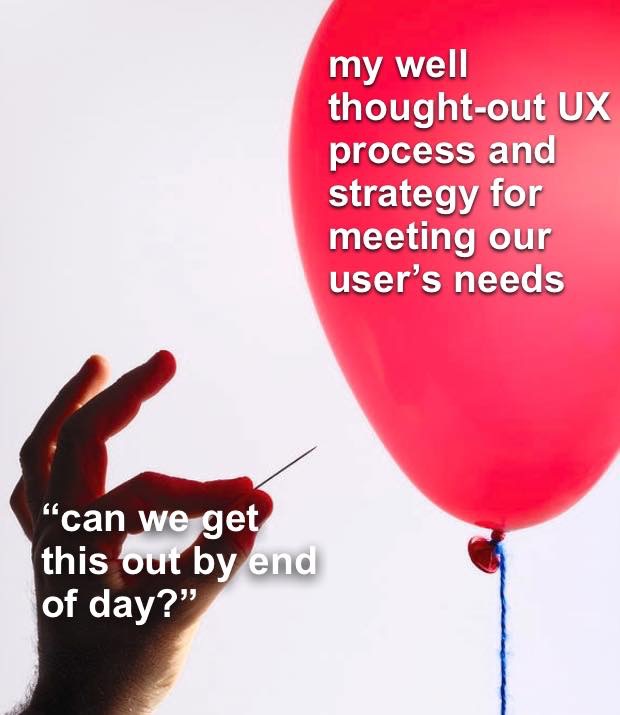 Good intention: let’s get started with an optimization process.

It doesn’t work this way. If you want to start now and course-correct as you go, you’re essentially saying “let’s start guessing now and then let’s guess some more if our initial guesses are wrong.”

I used to hate the research process. It was something that took a lot of time and only postponed “the interesting stuff.” I wanted to get going as soon as possible. That’s why I understand this urge very well.

But I also have seen many times what “starting now” means compared to “starting after a thorough research stage.” It’s not even funny what a huge difference it makes.

Now I don’t even think of starting working on anything without the research stage. It just doesn’t make sense. It’s like playing a roulette. You might guess a few blacks or reds, sure. But in the end the house always wins.

So if you want to start now, start properly. Make it count. Install all the tools to gather data, send out surveys, speak to the customers. And only then start testing and improving. This is the fastest way. And the most effective too.