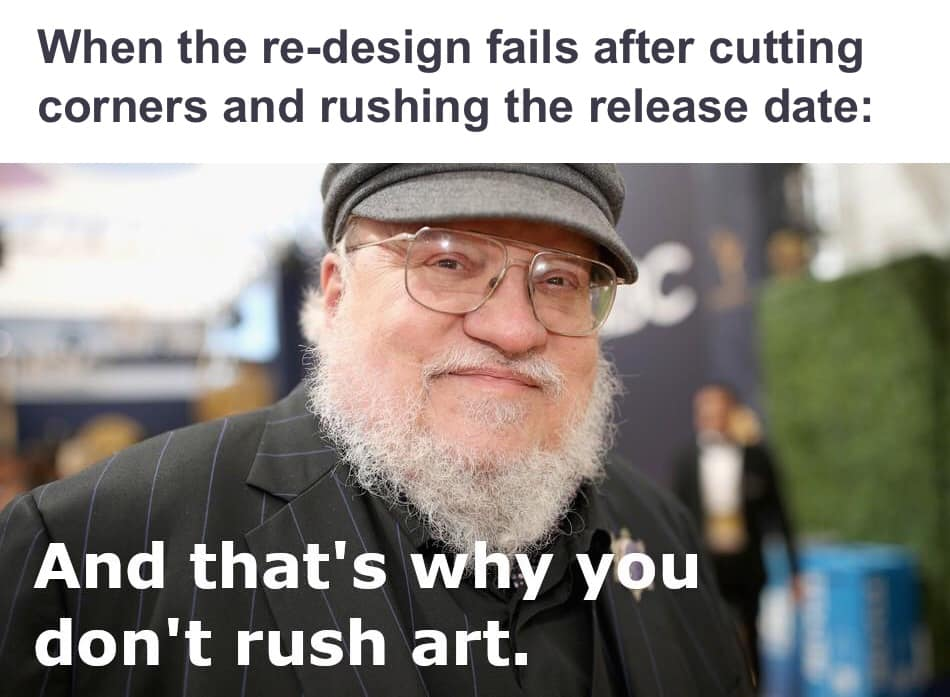 When you make big changes, make them properly.

Don’t implement something because “you know it’ll work” or “because you know your users”. Worse yet, don’t think that you know better than your users what they want. This usually ends in a disaster.

If you want a big redesign, consider gradual changes, each one A/B tested if possible. This way it will be easier to roll back a failed change and still move forward. When the whole redesign makes your conversion rates drop (which usually happens) then you have no idea what is causing the drop. You can either blindly try changing a few things, or rolling everything back, with lost of wasted time, money, and no real learnings.

With this process, you will:

Have yourself an effective redesign, don’t punish yourself with your version of the last season of Game of Thrones.