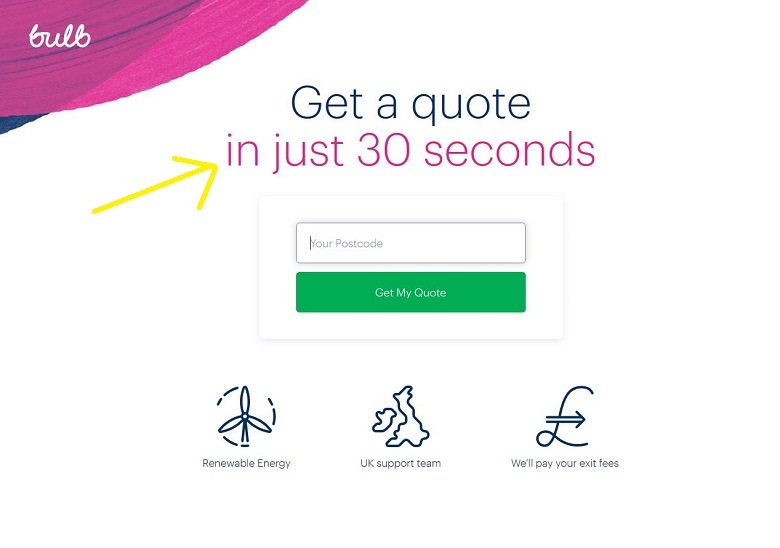 When confronted with a lead-capture form – it’s often a make or break kind of situation. Typically, they’ll either commit or abandon the page entirely.

So, what elements will increase the chances of users converting? Here are nine examples of changes you could test.

Lengthy forms can often prevent users from converting. This means that – along with actually making forms as short as possible – the copy that surrounds them can also be optimised to highlight speed and ease.

Only ask for the essentials 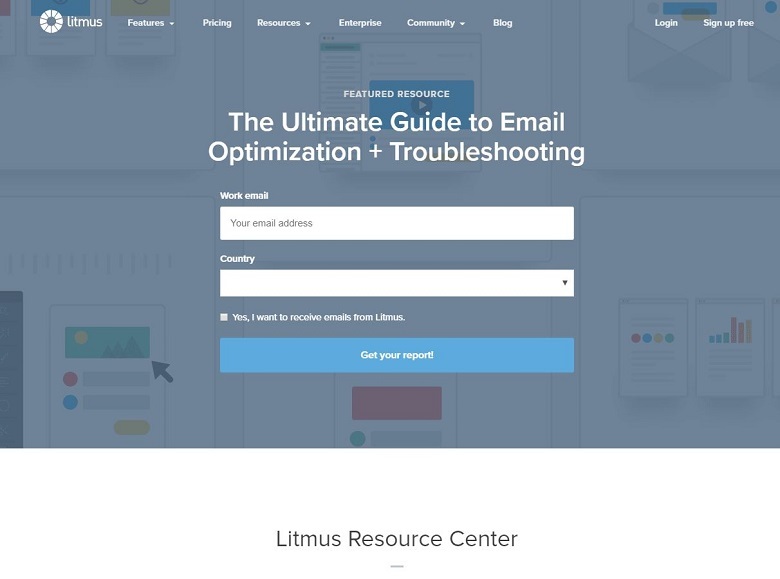 Companies often make the mistake of asking for too many details at the outset. Granted, this can generate better quality leads, but extensive forms can also be hugely off-putting for users.

Forms should only ask for the essentials, ensuring that the process is as quick and painless as possible. 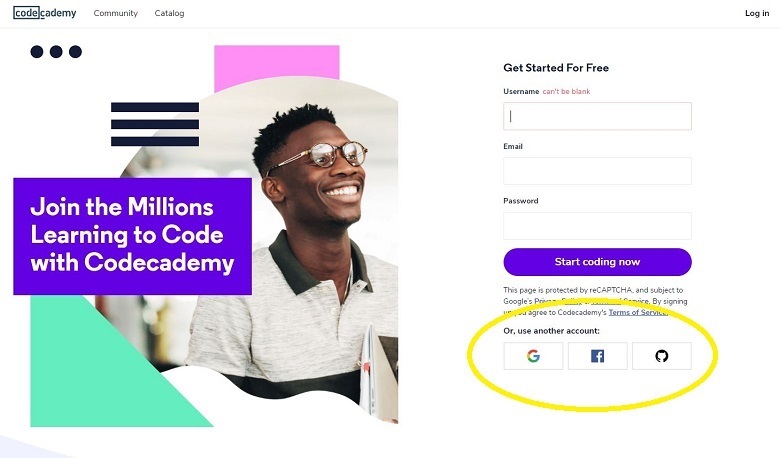 Research suggests that 65% of users prefer using a social login to a traditional form. This is perhaps unsurprising, given that the majority of users will already have a social account (that they’re signed into) online. 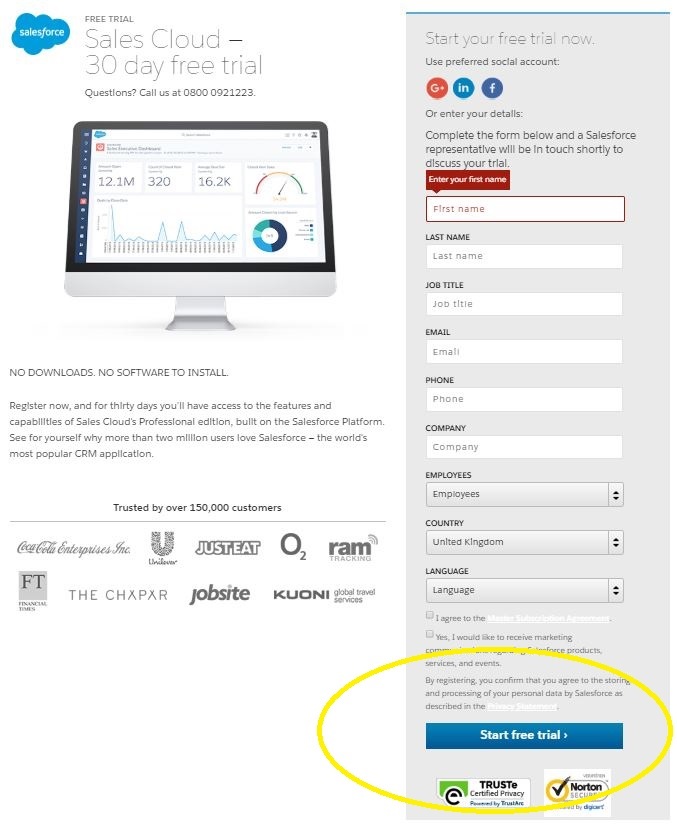 A form button should always make clear what will happen when a user clicks on it. This is why ‘submit’ is perhaps the worst wording to use, as it sounds entirely non-committal.

Point to progress made 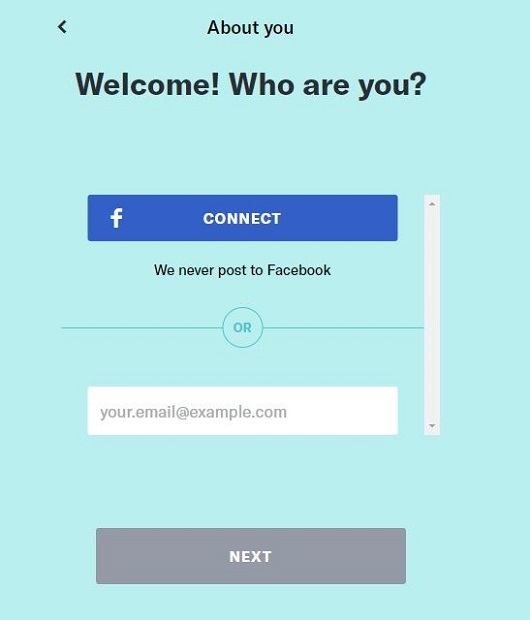 One way to capture higher quality leads (i.e. with more detailed information) without alienating users is to use multi-step forms. These are essentially longer forms that are broken up into shorter ones so as not to daunt or overwhelm.

Dating site OkCupid takes this approach, using the word ‘next’ to indicate that there is a next step to come.

However, by making the initial stage as quick and easy as possible, it reduces friction, and gives the sense that the rest of the process will be similarly seamless. 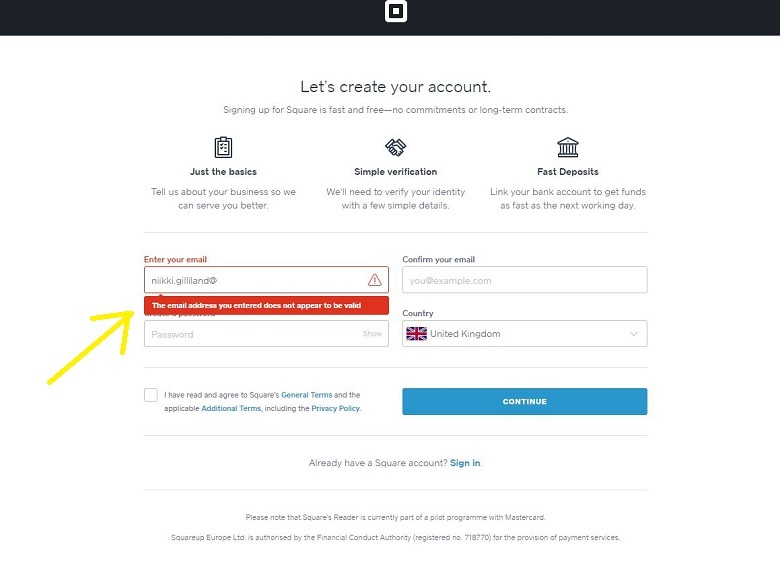 There’s nothing worse than filling in contact details only to find out you’ve made a mistake or missed something out.

Forms that automatically highlight these issues can make the process much easier, reducing friction (and potential user frustration).

Lead-capture forms aren’t always about locking users in to a long-term purchase or subscription. In fact, these can be big barriers to entry, putting off people from giving away their details if they feel like they’re being asked for a big commitment.

As a result, selling the benefits can be an effective route to conversion, with free trials and the promise of ‘no credit card required’ prompting users forward. 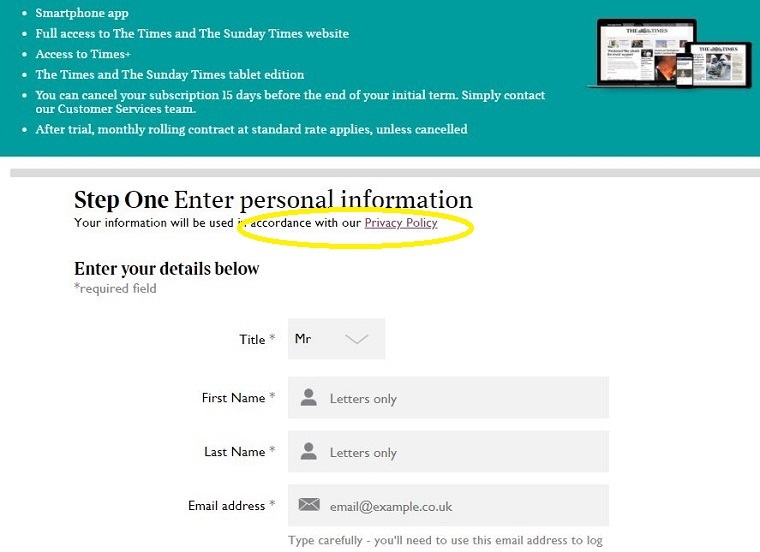 Security can be another barrier to entry, as users might feel concerned about how the company in question might use their personal data.

As a result, it’s important for privacy policies to be highlighted, with visible links and copy that reassures users. Security badges also indicate that a site is secure, giving users instant reassurance that it’s safe to enter sensitive details. 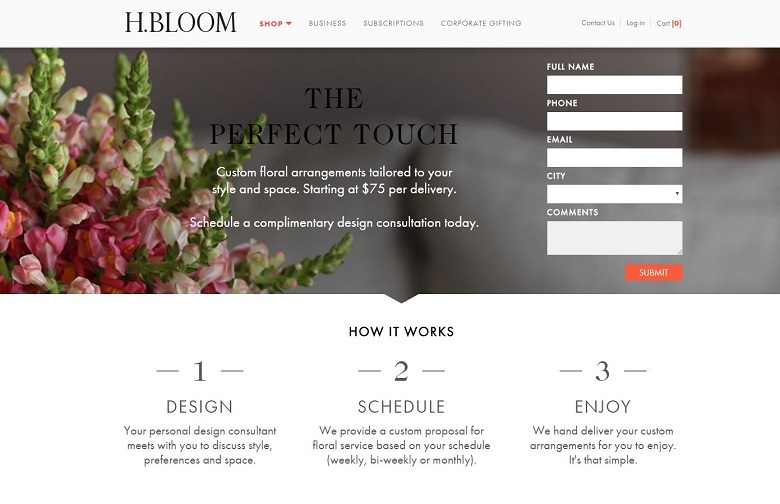 Though users may scroll down any given page, the majority of time is spent above the fold. So, what’s the right way to go?

Ultimately, it boils down to the industry and what a form is offering. This form from flower subscription service H.Bloom is a good example of how to get it right. The copy is minimal but sufficient in explaining the value exchange, meaning there’s no need to fill the page with much else. As a result, the form’s position at the top right is both eye-catching and easy accessible to users.

PS. If you want to receive a daily (Mon-Fri) GrowRevenue message in your Messenger, head over here and just click one button. That’s it!