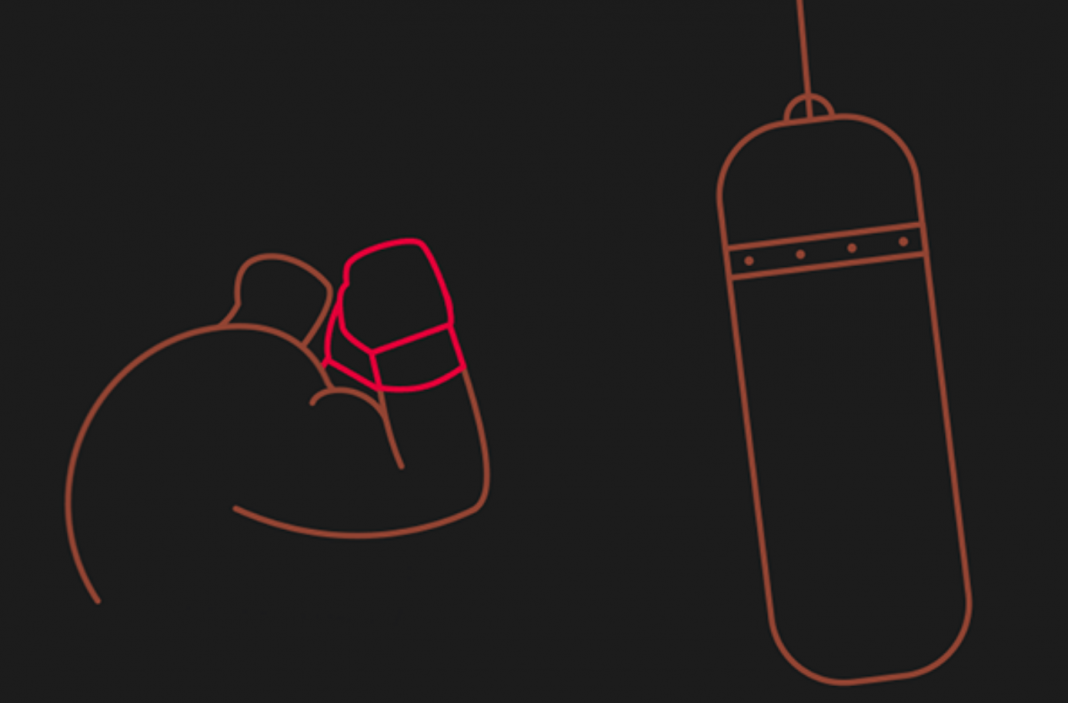 The Journal went on a quest to identify the user actions — an app download, an article share, repeat reading of a particular reporter’s stories — that can turn a new subscriber into a loyal one. Then it turned that knowledge into strategy to reduce churn.

With more than 2.5 million paid members, The Wall Street Journal is the biggest it has ever been. While they continue to sharpen and evolve their member acquisition strategy, they believe that the next chapter of growth will be fueled by retention.  Data clearly shows that the best way to reduce churn is to increase engagement  — but the path to driving product use and building loyalty amongst members has not always been as obvious.

Over the past year, a cross-functional group at the Journal has worked together to identify retention-driving actions and reinvent the way they promote those habits to their member base. They call it Project Habit.

They’ve known for some time that if a member downloads their mobile app or signs up for an email newsletter, they’re more likely to stay with the Journal. Project Habit began when someone said: “There must be more.” Members of their data analytics, optimization, and membership teams set out to confirm that assertion.

Their first step was to make an exhaustive list of all the things a member could do on their site. The list was quite long, including actions from Email Article and Play Puzzle to Build Watchlist and Comment. Next, they built a model to ingest all of these actions or “habits.” They decided to borrow techniques commonly used in medicine by applying the Kaplan-Meier estimator to member retention. Essentially,  the model compares the “survival rate” of members who have taken a particular action against the rate of those who did not. It looked at the impact of performing these actions within the first 100 days of membership and how it affected retention in 30-day increments over the course of their first year of tenure .

Why did they only look at actions taken within the first 100 days? To try to eliminate the causation vs. correlation question. Focusing on their newest members ensures they’re looking at those who aren’t yet habituated. Any behavior they display marks the emergence of a new pattern rather than the presence of an existing one. The trends they observed held true for members of all tenures and pack types.

Their big finding: There are many more actions beyond app downloading and newsletter subscribing that drove retention amongst members. They saw, in fact, that there are dozens of habits that clearly reduce churn.

They plotted the actions based on how dramatically they affect retention and their current adoption rate amongst all members. Here are some of the top line trends they found: 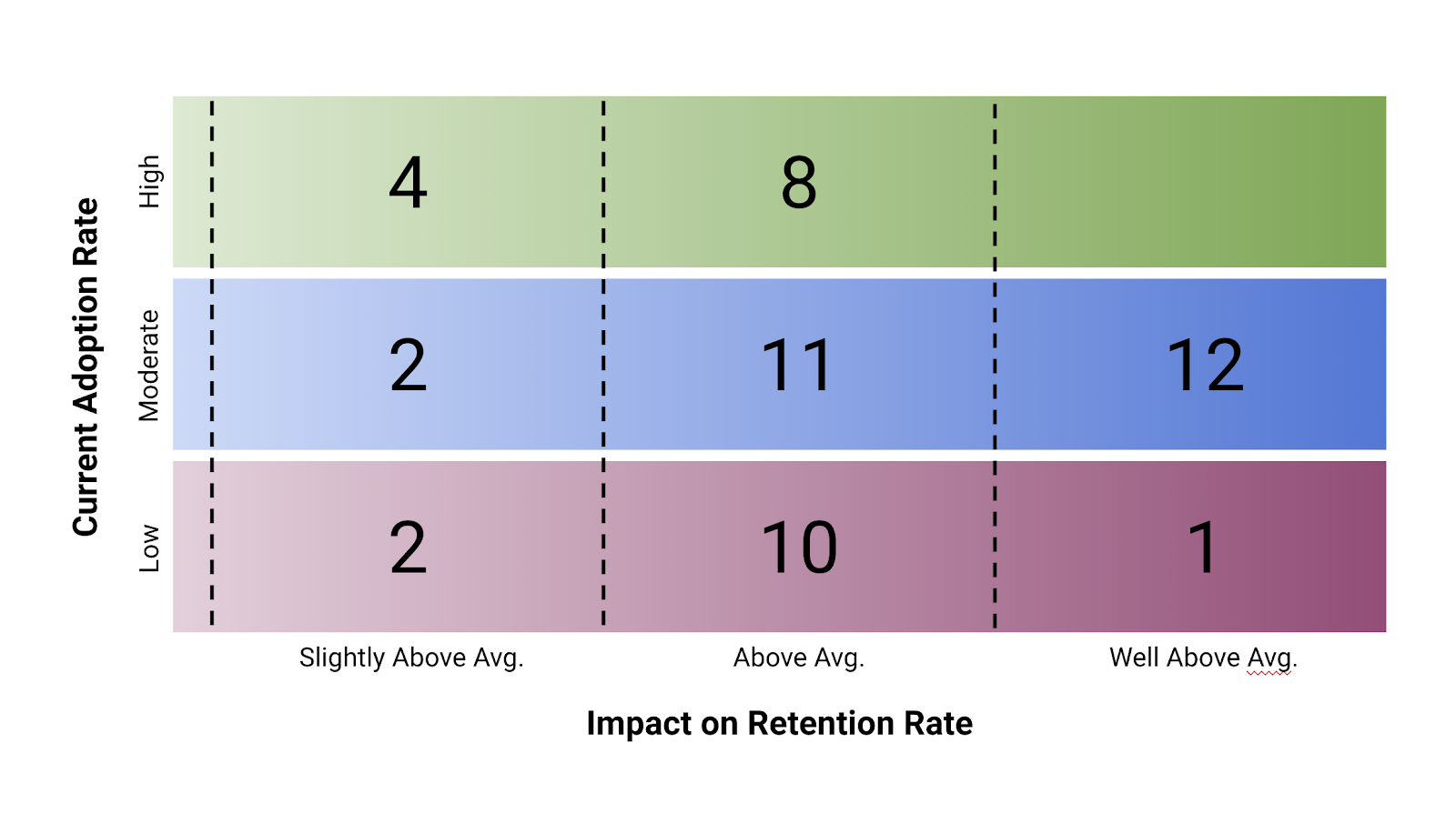 Armed with the lessons of Project Habit, The Wall Street Journal team were able to make data-driven and meaningful adjustments to their engagement strategy. They used the newfound data to diversify and optimize their existing communications, as well as champion a longstanding need for more prominent member messaging within their products.

A critical insight from Project Habit was that habits are formed early on . If you look at a member’s likelihood to adopt a new habit, that percentage is halved by Day 50 and plateaus soon after Day 100.

With this understanding, they knew  it was critical to prioritize onboarding to capitalize on a member’s most impressionable time . They optimized and expanded their onsite onboarding experience to include several new habits. WSJ also extended their email welcome series from 12 days to 100, adding touch points they knew to drive meaningful engagement.  Today, 8 out of 10 new members take at least one retention-driving action during onboarding .

At the same time, they partnered with their product, design, and engineering (PDE) team to launch Project Canvas. They now had data to support exactly what they should be promoting to members, but a very limited canvas on which to do it. The Canvas initiative focused on creating more and better spaces to communicate with members. Historically, they had relied almost solely on email as a communication channel. While email remains an important part of many campaigns, the channel’s reach is, at best, limited to those who are opted into marketing comms. They knew it was imperative to build new and effective placements to promote their lengthy list of churn-busting habits.

At the Journal, they always look for the lowest-hanging fruit, and in this case, that was on WSJ.com. They grew the number of onsite member messaging placements from 1 to 5. They worked with PDE and the newsroom to ensure the messages looked like a cohesive part of the product and enhanced the member experience without compromising their journalistic or brand standards. Each placement has proven to be at least 2× — and in some cases 55× — more engaging than email.

Project Habit also helped them plan several in-life marketing campaigns around their stickiest content and product features. One campaign, Daily Dose, leveraged the trend revealed about cadence to program a member’s week by assigning a sticky action to each day of the week. In addition to owned media placements, they can now spend confidently in paid channels since they’re able to more precisely understand the value associated with a member action. WSJ found that some of the rarely adopted actions quickly drew the most engagement amongst members. This proved that low adoption didn’t necessarily mean lack of interest, but lack of awareness.

WSJ’s data-driven strategy is starting to pay off. Over the past year, they’ve seen active days — their key engagement metric — steadily rise. While there’s no silver bullet to soundly eliminate churn, their quantifiable understanding of what actions drive retention gives them powerful ammunition in the fight against it. Coupling this insight with bigger, better space to communicate with members has allowed them to build an engagement strategy that drives better product usage and retention.

The formula is simple to grasp but could be difficult to implement:

Clear steps but a lot to do. Very much worth it.

Habit formation: How The Wall Street Journal turned user-level data into a strategy to keep subscribers coming back

PS. This can also be applied in ecommerce but only with the frequently-bought products or for platforms where people come back fairly often. It can have an even bigger financial impact than with content websites.