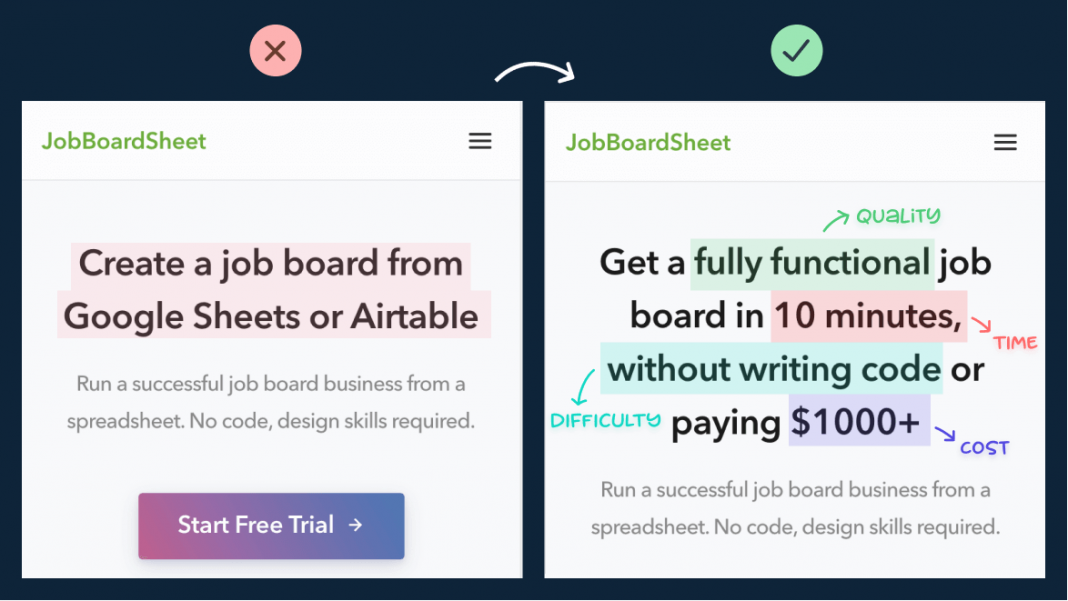 Harry’s Marketing Examples on Twitter teamed up with a pro copywriter and asked people to submit their landing pages for a quick rewrite to make it more effective. This Twitter thread is full of great examples of how to take a vague copy and make it clear and strong. One of the examples: 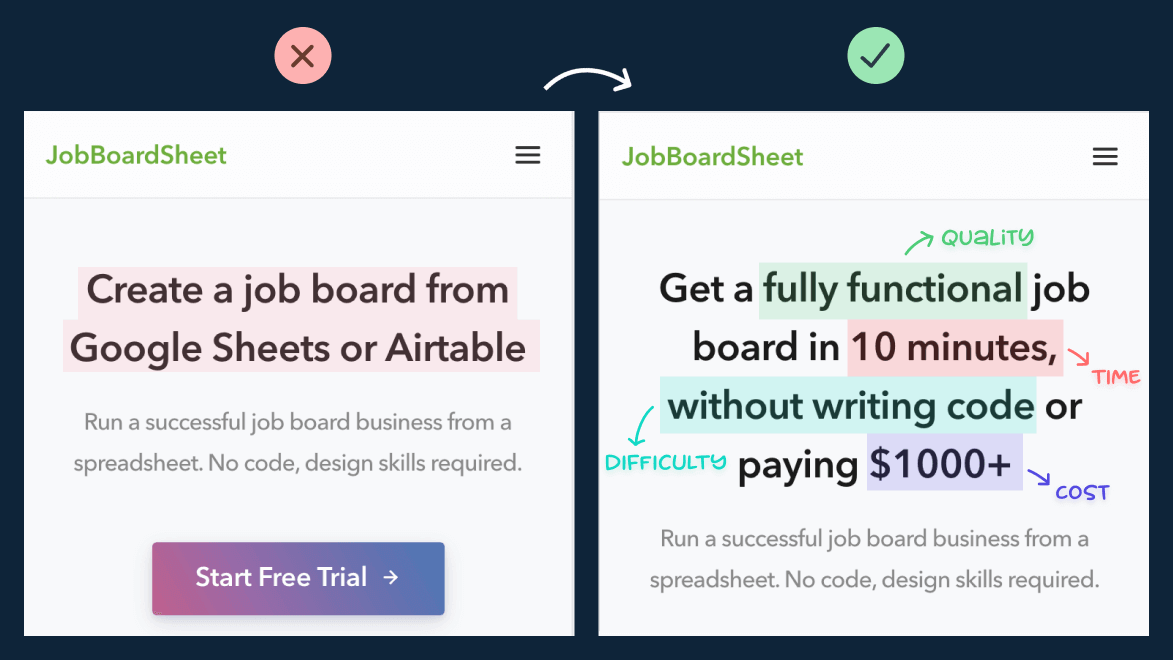 There are 9 examples in total, along with a short description of what was changed and why.

The subtitle of the article is “Principles I learned from over $1 billion of Instagram and Facebook campaign investment”.

If you’re running Facebook ads in any capacity, you need to set aside 15-30 minutes to read this. You’ll get a much better understanding of underlying principles and will definitely learn at least a few new things, no matter how seasoned you are at running paid traffic.

The long-standing advice on running A/B tests has been to base every test on a hypothesis, but GrowthRock, as an A/B testing agency, are no longer doing this.

On paper, basing A/B tests on hypotheses seems logical and reasonable. But over years of running these tests on ecommerce and SaaS websites, they’ve noticed that basing website A/B tests on hypotheses creates bias from the team running and monitoring the test results, and this bias has negative consequences (stopping tests too early, looking at results too quickly, etc.).

To avoid those two consequences, GrowthRock are no longer basing their client’s tests off of hypotheses. Instead, they’re formulating all A/B tests around a series of questions.

The article describes the whole process, with examples, screenshots, and test results.

FigPii (a tool to help clients conduct split testing, heatmaps, video recording, and online polling) launched in January 2020, and soon after, they noticed an alarming trend. Several companies sign up every day for an account, but they did not install their analytics tracking script.

This article covers the different steps they took to increase their activation rate 3x, from 20% to 62%.

PS. I wanted to include a conversion optimization joke in the PS but every time I came up with one, I felt the urge to make a variation of it, with slightly different wording, to see which one was funnier.