Steve Krug’s classic book on web design, Don’t Make Me Think: A Common Sense Approach to Web Usability, now 20 years old and in its third edition, has sold more than 600,000 copies and is used as a web design primer in college courses.

“Don’t Make Me Think” book catapulted Krug’s consultancy Advanced Common Sense into the public spotlight. Krug’s more recent Rocket Surgery Made Easy: The Do-It-Yourself Guide to Finding and Fixing Usability Problems, though aimed at a narrower audience and less commercially successful, has helped convince many software firms that user testing is the most reliable way to ensure products speak intuitively to everyday users, who rarely think like software engineers.

If you had to break down the book into three key lessons on web usability, what would they be?

There’s one big one, which has a number of parts.  When you’re designing a website, the people using it are on much shakier ground than you think. They’re going faster, they’re paying less attention, they know less about your topic, or your company, than you think, and they’re easily distracted.  So I described it in the book as they’re “muddling through,” which is one of my favorite phrases. I think it’s the best description of how most people use things.

So how do you help them muddle through?

If you want them to succeed, which of course you do,  you have to do everything you can to keep them from getting lost or confused or stuck . And that’s the idea of the title, which worked out very well.

What you don’t want them to think about is: “What is that thing on the screen? What is it for? What’s going to happen if I click that?” You want those things to be as obvious as possible. You want it to be clear what the kinds of information are available on the site and how you navigate to them.

Can you give a couple examples of features that might confuse or distract people?

Confusing names are a big problem. Like, if you have a button that says “share,” and it’s not clear, from the context, what it shares. Whether you’d want to share this mysterious thing with other people. Things that are ambiguously named, things that are poorly organized. There’s a whole field called information architecture that’s, basically, about organizing information so people can find what they’re looking for. Another big problem is just too much stuff. There’s a tendency to try and put too much information in front of the user, rather than focusing on what they’re likely to be looking for. And so the whole thing ends up being so noisy they can’t find what they’re after.

What are your favorite current web interfaces? 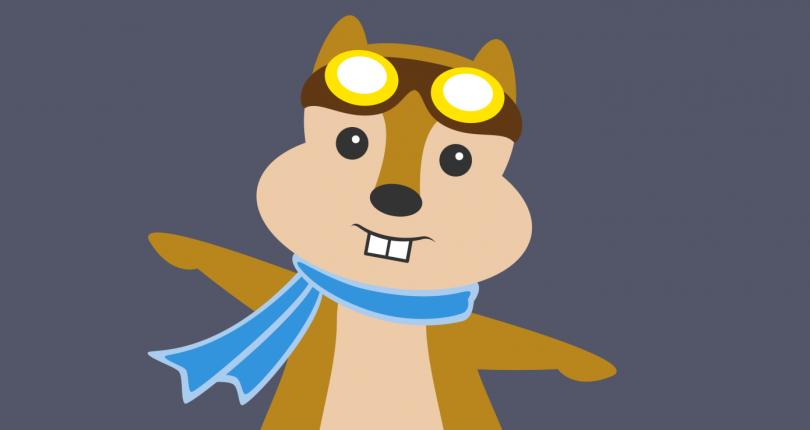 Sadly, the one that I always cite, which is my absolute favorite, just died. It was a company called Hipmunk. It was a flight booking site for airlines. And it had the best interface ever. It did exactly what you wanted it to do. Unfortunately, they recently announced they were going out of business. I think there was a problem with their business model: You could use their site to find what you were looking for and then go directly to the carrier to book the flight. I suspect that’s what the problem was.

The sad part is now you can’t go and try it yourself. But it was the best interface because you put in the destination, “I want to go from here to here, on this class, on these dates,” and it would display a scrolling list of timelines showing you flights from all the airlines. And if there was a connecting flight, it would show you a gap between two banded chunks of flight time. At a glance, you could see which were the earlier flights, which were the later flights, which ones were going to take you forever. The default sort order, which was brilliant, was called “Agony.” At the top of the list were the flights that had the shortest layovers, the best on-time rates, and the lowest price, a combination of those factors. So just by looking at the sorted list, you knew exactly what you needed to know. You didn’t have to calculate time zone differences and layovers and all that stuff.

I also admire Uber. I think Uber works really well and, as much as I dislike Uber as a company, the interface is great. It does exactly what you need. And they have the advantage that they started late. People had been doing complicated web apps for quite a while before Uber came in. So they were able to take advantage of everything that people had learned.

What are the biggest mistakes organizations make when they attempt to redesign or refresh a website?

They tend to be overambitious. Any site you go to has some existing major flaws. And they’re probably well known by the people who run the site management. But people often think the solution is to do a major redesign instead of going in, doing triage and repairing the worst problems. The thinking is these issues can be tolerated until a redesign. Basically, they’re saying, “We’re going to allow these major problems that are costing us money and causing headaches for users to persist for another year while we work on this redesign.”

You’ve also written Rocket Surgery Made Easy: The Do-It-Yourself Guide to Finding and Fixing Usability Problems. What are some common issues, and how can they be fixed?

If you’re having problems, parachuting in a consultant is really good and, if you can afford it, you should do it. But usability testing is even better. You get the team, you have to sit them down and watch a couple people try to use the thing. The amount of learning that goes on is always incredible. That’s the point of Rocket Surgery Made Easy: to get people to do their own usability testing, to make it clear that this is something that’s so simple you can do it yourself and it doesn’t have to take a lot of time.

How do you recruit a good pool of user testers?

Whether you do the testing or not is far more important than whether you have the right participants. You actually tend to learn valuable lessons from the wrong participants. So, in the book, I sort of leaned over backwards, saying, “Don’t get hung up on getting people who are exactly like your users.” Because, depending on what your product is or who your uses are, that can be tough.

I recommend that, even if you have people who represent your target audience, you also throw in one person per round who’s not from your target audience because you’ll learn different things from them. One of the maxims I have in the book is “recruit loosely and grade on a curve,” which, basically, means don’t get hung up about recruiting to the point where it’s going to keep you from doing testing.

How many people do you need?

Jakob Nielsen and other people did studies years ago. Nielsen, in particular, came out with an article 20 years ago. It found that, after five people, you reached diminishing returns and started to see the same problems repeating, in most cases. I reduced it to two or three people because, the fact is, you’re far more likely to do it — and keep doing it — if you test two or three people.  My recommendation is that you test once a month with three people.  Also, get as many people as possible to come and watch the tests together, which you can also do remotely.

Do the same web design principles you write about in the book apply today?

In the introduction, I quoted Donald Norman, who said,

The issues around usability are still issues of cognition and perception. And that hasn’t changed very much. We’re still muddling through.

PS. “Don’t Make Me Think” was one of the first books that got me started years ago. Another important one was “Why We Buy” by Paco Underhill. After reading those, I was hooked.