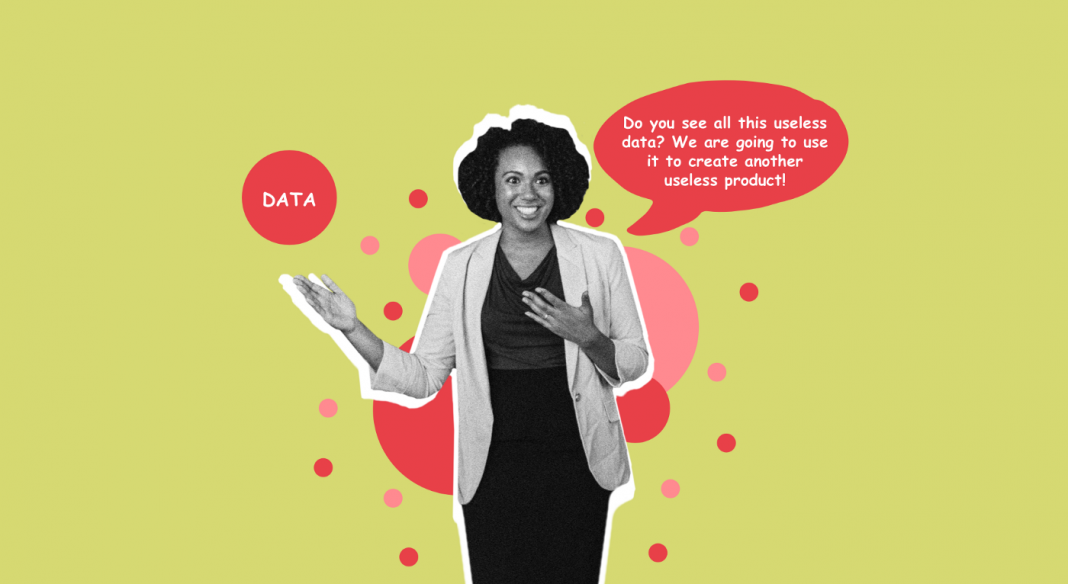 Sometimes, instead of improving what you have, you need to create a new product. Or add a new feature that wasn’t there before.

At some point, you will need to answer the question:

What do users want?

It seems like a simple question with a simple formula when trying to build a new product or feature:

Unfortunately it does not work that way. The first rule of user research: never ask anyone what they want.

You know what people want? People want to be liked. (If Facebook gets one thing right, this is it.) When you ask someone what they want, it is very possible the answer you’ll receive will be what they think you want to hear. Or the response that reflects how they like to think of themselves. And also take into account that it’s almost impossible for an average person to want what they can’t imagine.

Even those who we would call honest, lack enough self-knowledge to give an accurate opinion.

Having a true self-awareness is a skill developed the hard way and very few own it so you can’t expect everyone to have it. Our challenge is to figure out how to get the information you need by asking the right questions and observing the correct details.

Asking direct questions is not the best approach

It’s like trying to break into someone’s house — you will meet some barriers along the way. So our job is to figure out how to cut into a user’s brain and find out what they truly want or need.

For example, when during an interview you ask a person “what’s your greatest weakness?” almost everyone will be uncomfortable with the question and most likely will lie to you. Everyone interviewing for a job thinks up an answer in advance. No one likes it. No one actually gets anything out of it.

Then in the context of design you might ask: “What would you like us to improve in our product?” or “What other features do you need?” and almost all the time you will hear personal beliefs. That’s important, but should not become the primary decision criteria for creating the future of your product. You must figure out a better way to get the most precise picture.

If I ever made any valuable discoveries, it has been due more to patient attention, than to any other talent — Sir Isaac Newton

If you go in asking direct questions, you’ll run into defences and get bad, and potentially useless, answers. And don’t get me wrong, sometimes asking directly “what’s the issue?” may give you a better solution than trying to figure it out yourself. But like going to a doctor, she doesn’t start diagnosing the disease only from what you told her. She is a professional and knows that you might not know the exact cause. So she needs to do proper research first. The same applies to people who design products.

Research is essential, but not crucial

As Wally Ollins, co-founder of Wolff Olins, said about research:

“Finding out what people feel about things that are happening today is extremely useful.  Trying to get people to tell you what will work tomorrow is useless.”

With that said, doing research is not useless or not mandatory. But rather we do it wrong. We take those numbers and results we gathered as a belief system. This way, some of us, make it compulsory that the output must conform to them. For example, some of you witnessed these type of affirmations “50% of interviewed customers love the website and they say we should not change it” and that’s not the right approach.

Time for a short story.

A Jaguar and a human

Senior marketers at Jaguar used focus groups again and again and again to be told that all the cars Jaguar produced were lovely. Consumers told them they should never do anything different. They loved it as it was. And so they delivered the same car again and again, until people stopped buying it.

You can’t sit in a focus group and ask people if it will work. They wouldn’t know what you are talking about, and they’re incapable of telling you what they want — W. Ollins

To have imagination, you must own an unusual level of self-confidence and creativity. Most designers, brand consultants, marketers, and decision makers — wrap themselves up in analyses, in jargon, in pretended statistical data that is comforting and gets them well-paid but is meaningless.

Watching people’s behavior is more revealing than listening to what they have to say. See what they do and not what they say. There’s also the same problem in social sciences with questionnaires. They are usually answered aspirationally. For example: “are you a generous person?” And people will say “Of course I am!”. No matter if you put as an option to answer yes/no or choose from 1 to 10 — Isabel Behncke

Because it is quantifiable and people love seeing a tangible thing before their eyes. However, if you are going to create something that is a breakthrough, you will have to rely on your intuition, judgement and imagination. So stop seeking comfort in statistics and start using it as an add-on to your thinking process.

The best brands are those that create something for consumers that they don’t even know they need yet. A coffee brand like Starbucks created something they didn’t think they needed. Same with Nike. Who knew we needed a high-end performance running shoe?

The trouble with market research is that people don’t think how they feel, they don’t say what they think, and they don’t do what they say — David Ogilvy

When people are surprised or delighted by how a brand can change their lives by just making it a little bit better — or a little bit more fun or a little more performance-oriented — that’s when they start creating a connection with that brand. And you can’t give them what they need only by asking or doing research on them. You have to have a vision and observe their lifestyle, desires and needs, and from that — combined with research — you can design future products or solutions.

If I went to a group of consumers and asked them if I should sell a $4 cup of coffee, what would they have told me?

Stop Asking Users What They Want

PS. This article has a lot of gems of wisdom but if you only could remember one then this is it: Don’t ask people what they want, what they would do you in situation X, if they would buy Y, or if they would pay $Z for Y. The data will be useless. They will give you the answers and they will believe what they say but it will have almost zero connection to reality. Instead, ask how they do things today, what they like or dislike about the process, what frustrates them etc. You’ll get all the answers you need if you ask about the present and don’t ask about the future.