Schedule a meeting, book an Airbnb, buy groceries, book a flight, do almost anything online. And fill a form.

So much friction and potential frustration. So much to simplify and optimize.

Forms are necessary (for now), but they don’t have to be evil and frustrating.

According to a Formstack study of 650,000 forms across 10 industries, form performance is improving overall, but progress is slow, and we have a long way to go. 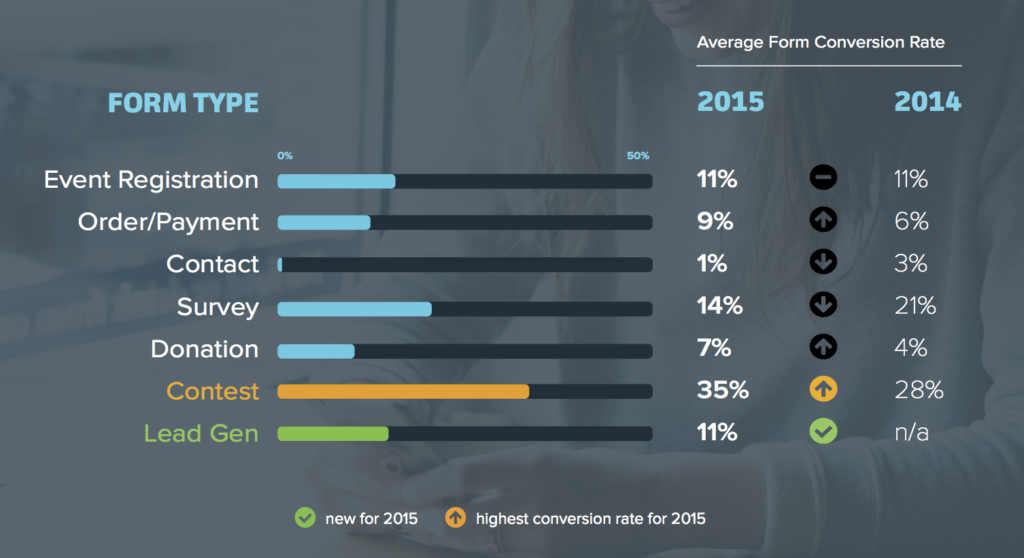 But there’s something more important. Something is stopping 91% of people, on average, from filling out an order/payment form they first expressed interest in. It’s your job to figure out what that something is.

1. Use a tool with form analytics, like Formisimo or HotJar.
2. Collect data for two full business cycles, which could be anywhere from two weeks to two months.
3. Dig into your data. Where are people struggling? What are people avoiding?
4. List out all of your problem areas (per form).
5. Look to other sources (Google Analytics, heatmaps, interviews, etc.) to confirm and illuminate the problem areas.
6. Prioritize the problem areas you’ve identified. Consider something as simple as ICE (impact, confidence, ease) for this.
7. Know that you’ll need to continuously optimize. You have a list of problems and some possible solutions. Finding the best fixes will likely be trial and error or a series of A/B tests, depending on your traffic level

91% is a lot of ground to make up, so expect that this will take time and constant refinement.

The article lists many different principles, processes, metrics to measure, examples. If you want to improve your forms, it’s well worth a read.

It also lists 5 real-life web form examples and critiques to learn from. What they’re doing right and what can be fixed. It’s good to learn from others’ mistakes before you start making your own.

Web Form Optimization: Use this 6-Step Process to Boost Conversions