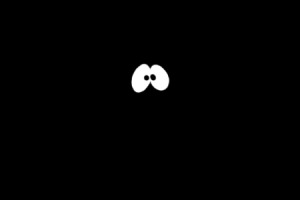 Ever have an engaged prospect that all of sudden went “dark?”

They went from replying to your emails, answering phone calls, showing interest in your product or service to shutting you out of their life. You’re left wondering what went wrong.

Perhaps it was something you said on that last call? Were they offended by the joke at the bottom of your last email? Maybe they found out you’re a Houston Rockets fan, and because they’re from California, they simply cannot bear the thought of doing business with you.

Understanding why deals have gone dark is important to understand because:

Qualaroo (online survey tool) implemented a process that has allowed them to capture reasons why deals have gone dark and it helped them shape the conversations they’re having earlier in the sales funnel to prevent prospects from going dark.

After a deal has been identified as “gone dark” by their sales team, their CEO personally sends out an email to the prospect to understand why they haven’t got back to Qualaroo.

The ask is simple – “Why is Qualaroo not the right solution for you?” It’s asked directly in the email and the prospect has the option to reply to the email directly or click one of the pre-populated answers in the email.

Subect: Why is Qualaroo not a fit?

I am reaching out because you were working with Qualaroo a while back and seemed to have lost interest in partnering with us. Everything we do at Qualaroo is built around the belief that user feedback is the single most important variable when it comes to shaping our product and services. If you don’t mind letting me know why we were not a fit for you I would appreciate the feedback. You can reply to this email directly or click one of the options below – whichever option works best for you.

Why is Qualaroo not the right solution for you?

For those that clicked on an answer, we implemented branching logic that sends them to a follow up question. Here’s what the follow up process looked like:

Q: I still plan to use Qualaroo.
Follow up: Great to hear! When would be a better time to touch base with you?
CTA for Qualaroo: Add task to follow up with client at a later time.

Q: Qualaroo is too expensive.
Follow up: Thanks for your feedback. What is your budget?

CTA for Qualaroo: Add a task to follow up with client regarding pricing and features.

Q: Qualaroo is missing a feature I need.
Follow up: Thanks for feedback! What feature do you need?
CTA for Qualaroo: Add a task to reply asking for mailing address so we can send a free gift as a thank you.

Q: Other Reason
Follow up: What is your reason on why you haven’t chosen a plan yet?
CTA for Qualaroo: Add a task to reply based on what the client replied with. It could be sending a feature comparison sheet or a case study.

When designing a survey like this one, it’s important to think about what the ultimate goal is. In Qualaroo’s case, these were the goals they had top of mind:

When Qualaroo implemented this feedback process, they immediately began receiving feedback ranging from feature requests to prospects letting them know they still want to work with Qualaroo. It has become a permanent part of their sales strategy.

This kind of feedback is invaluable, and once you figure out the questions that give the most useful results, you can easily automate the whole process, so that the emails and the follow-ups are done without your involvement. You’ll get the golden feedback as a result.

Why did your prospect go dark? Just ask.

PS. With a few modifications, it can also be used for e-commerce. You could even modify the process to be a valuable source of reviews and testimonials, in addition to product feedback and requests.